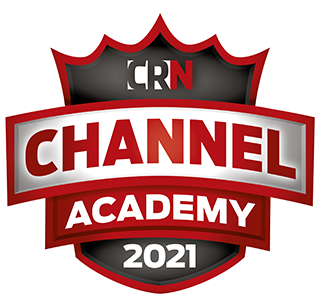 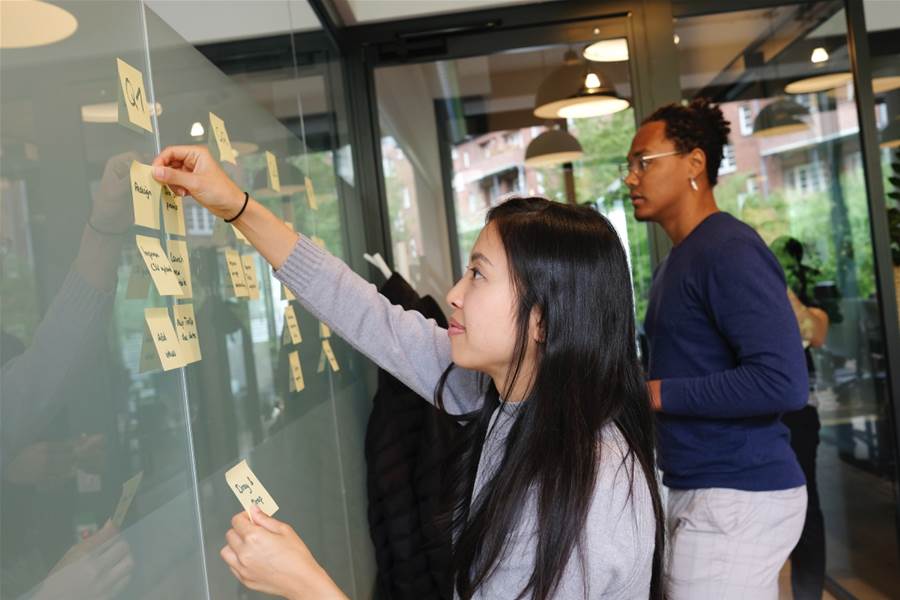 High-end, Enterprise project managers might have access to expensive software and have been trained to the point of certification, but when you’ve got a rag-tag team spread throughout an office, who all work in different ways and in different capacities (plus there’s likely nobody with any formal project management experience) what can you do? The answer is use Task Management Software.

So, if you’re tired of arguments regarding responding to emails that were sent weeks ago and having meetings where half the time is spent recapping what happened in the last meeting and/or colleagues getting frustrated that they’re the only ones taking this seriously, while others aren’t, or that there’s now 12 versions of the spreadsheet which details who’s doing what and when, rejoice for help is at hand. In this article, we’ll be looking at three different options for Task Management software which have been used and considered while planning a certain tech title’s online activities: Microsoft Teams, Asana and Trello. 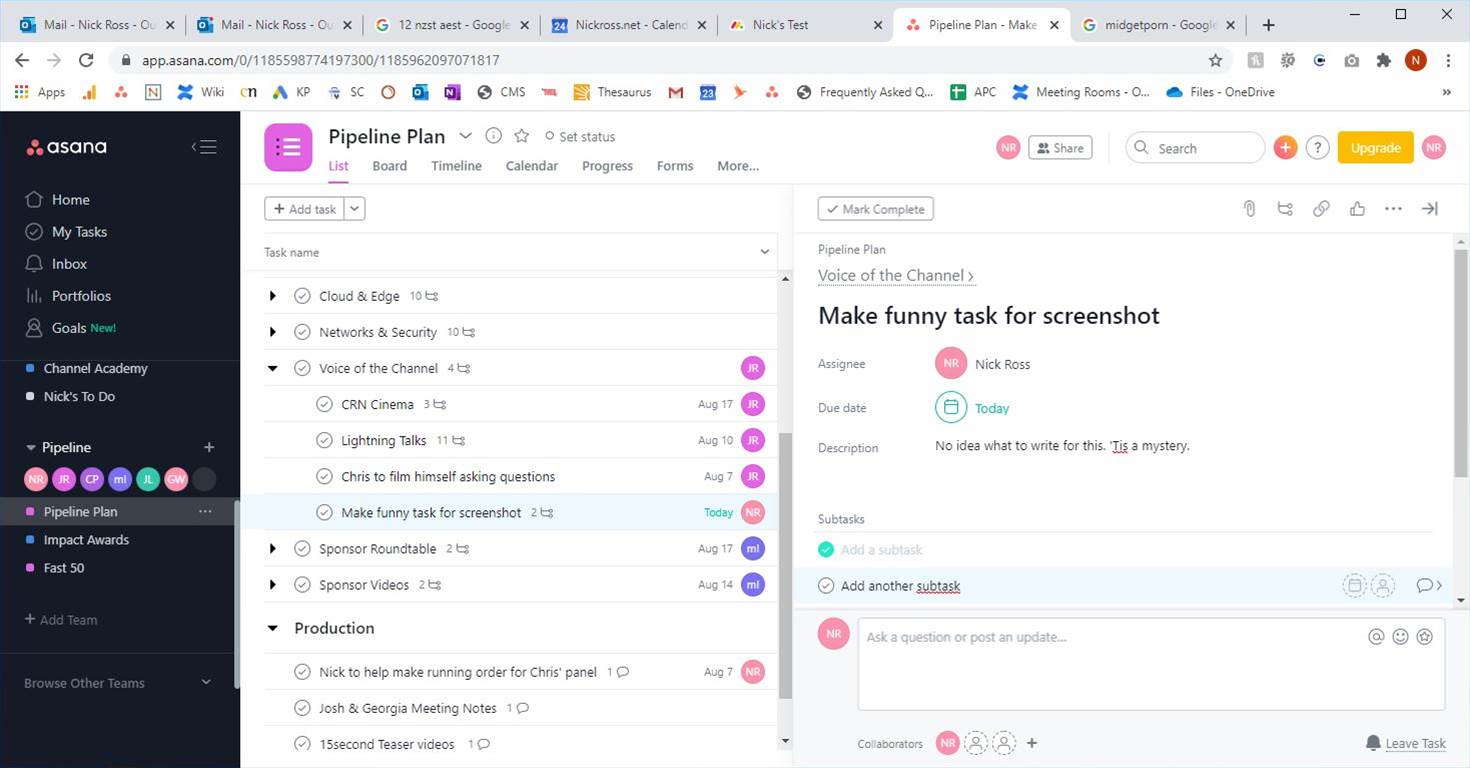 Getting to grips with Asana doesn't take long.

Asana has built up a devoted following thanks to its intuitiveness, ease-of-use and powerful features. At a basic level, you set a task, set a date for it to be done and assign it to someone. Each task can be subdivided into sub-tasks that can also be assigned to people along with a due date. These sub tasks can also be sub-divided and assigned ad infinitum. However, the people who are assigned to those tasks need only to see what’s been assigned to them in the My Tasks section. Lengthy task descriptions can be added, time-stamped comments can be left and automated emails get sent to people when a task is new/overdue/modified. If you have multiple tasks that use the same sub-tasks, you can cut-and-paste them en masse. The only downside is that any sub-tasks within those sub-tasks don’t get carried over when you do this.

At a broader level, you can set up separate Projects and Teams so that only the people important to a particular activity get bothered by it.

You can view everything in list form, as cards on a board, in a calendar or, with a premium subscription, timeline format. You can use it within a web browser or a dedicated app. Other features include goal tracking and the ability to set a project status. Full Feature list here.

You can use this basic functionality for free while more powerful, professional and Enterprise versions start from $11.99 per person, per month. 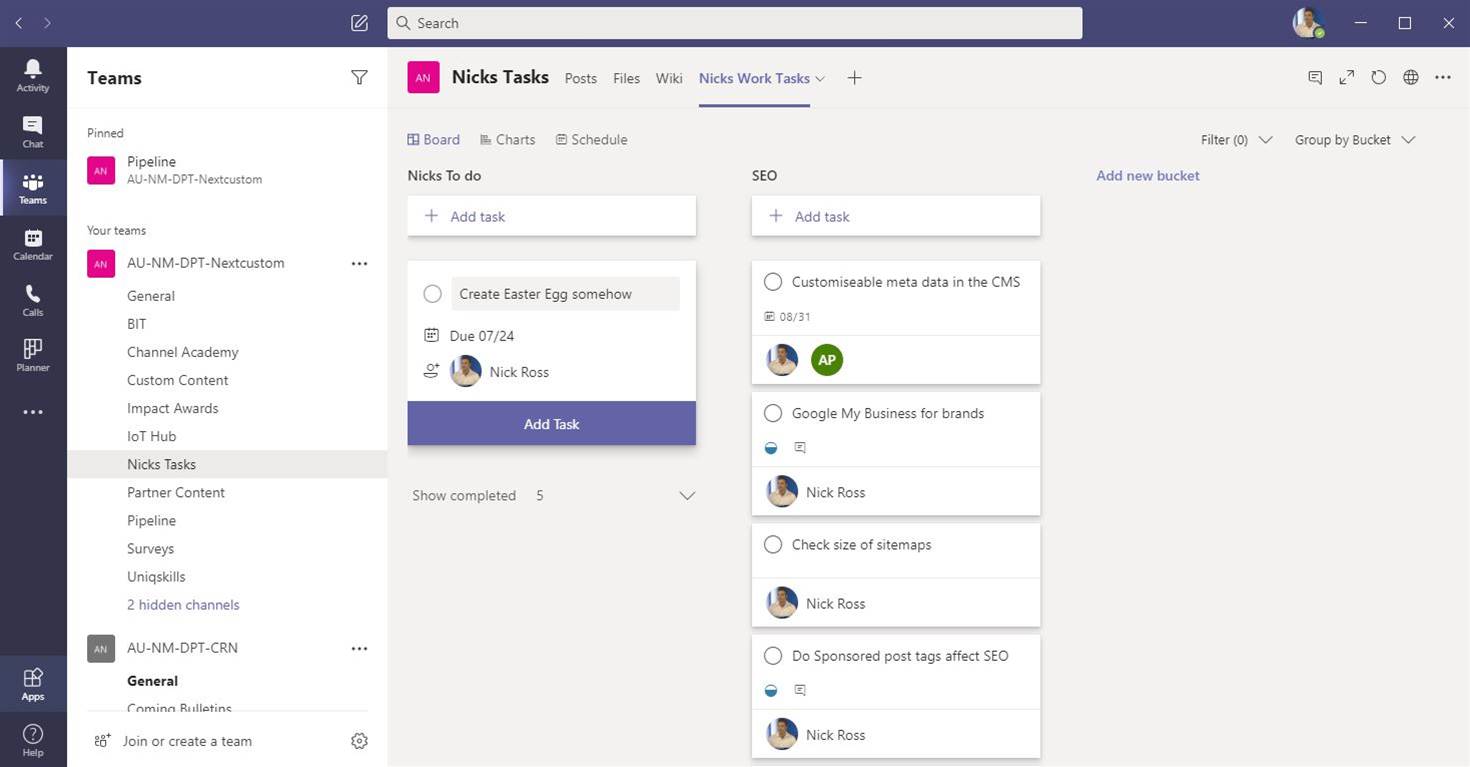 The Planner app is a bolt-on feature for Microsoft Teams - and it feels like it.

Teams has its benefits, but its task management feature is ultimately a poor version of Asana. First of all you’ll need to add the “Planner” app to Teams itself – or at least get your system admin to do it. Permissions are treated as important here with different team members allowed to create different ‘Channels.’ Once in a channel you’ll need to add the Planner app, name it for each channel and click on it separately whenever you change channel. That means scrolling through different channel’s tasks takes three clicks just to get there… it’s very much a bolted-on feature rather than native.

Once installed the main view is presented as a card-on-a-board format, with Task Name, due date and person/people assigned to them. You can add descriptions, comments and easily pin other media to these tasks – which is particularly useful if you have shared documents in SharePoint.

However, it falls down when it comes to subtasks which can be listed within a task as a checklist, but can’t be individually assigned or given their own due date. We found that when a group were all assigned to a task but were expected to perform different sub-tasks, the tasks didn’t get done. Also, if you made the sub-tasks into full tasks (which is simple) the view quickly became crowded and unwieldy and it was difficult to see the status of a project as a whole. While it can be used in the Teams desktop app, if you use the task management Planner within the phone app, it will take you to a web browser page while prompting you to sign into Microsoft account. At the time of going to press a notifications within the app reads: Coming soon: See your personal Planner and To Do tasks together in the new Tasks app.

Ultimately, after a brave start, we gave up and moved to Asana. However, it’s better than nothing and if you’re locked into Microsoft it can easily be added to a licence. While there is a free version, choosing this over Asana for task management makes little sense. 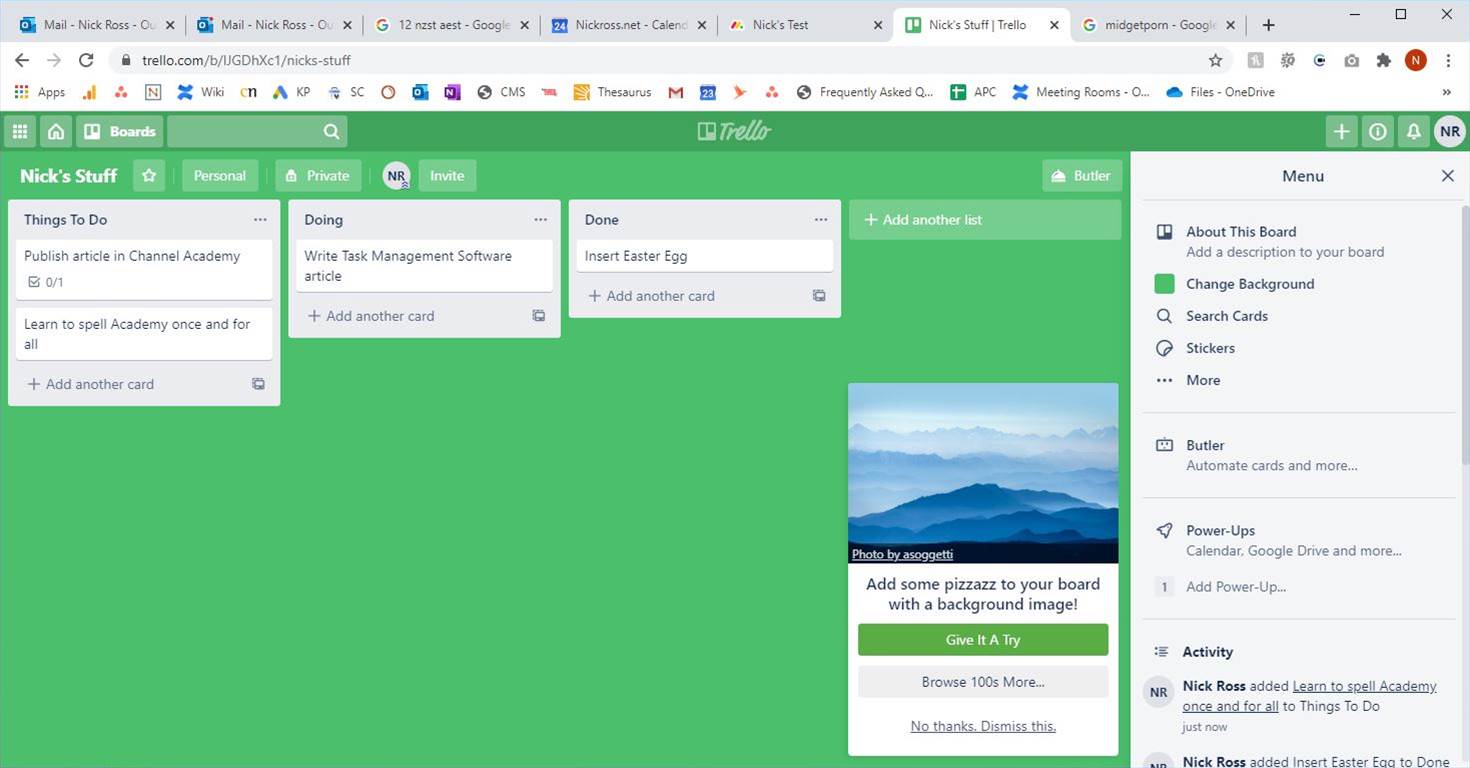 Trello is great for dragging and dropping tasks onto different lists.

Trello was a popular favourite until Asana started stealing its thunder. It got bought for $425M by Atlassian in 2017. This means that it’s well integrated with other Atlassian staples such as Jira (the de facto developer task management software) and Confluence (the content collaboration tool). It also integrates well into other third party software like Slack, using APIs called Power-Ups.

As with Asana, it can be used for free but there are premium features and some limitations. Structure is based around horizontally-scrolling lists. Within these lists you can add individual cards. These cards carry a description, attachments, checklists and comments. You can assign members and labels to each card and monitor activity. A popular feature is its drag-and-drop UX. You can easily drag cards into different lists and drag lists into different orders. This makes it good for workflows that revolve like: To Do > Doing > Done. Our only gripe is that when you’ve got many lists, scrolling through them horizontally becomes a bit of a chore.

It’s very easy to sign-up to and use for free and its intuitive nature and ease of use make it well worth trying before settling on a particular option.

There are many other task management apps, a major one is Monday.com. However, this is more of a heavyweight Team Management system that can’t be used for free and will likely involve some user training. It can certainly be used for casual task management though. There’s a larger list and comparison of other software, here. Nonetheless, having been through multiple SMBs and used multiple systems, a common cry (from those who also have used many different systems over time) is, ‘can we use Asana.’

On a personal note, having personally been forced into using it, kicking and screaming, before having it taken away from me and replaced with lesser alternatives – I now insist that my office use it. The stress levels immediately decreased, noticeably. I even use a version to manage my own, personal To Do lists.

This is far from an exhaustive review of task management software, so if you have any further advice or experience with the above (or other products) please let us know. However, if you’ve found yourself contemplating, ‘There has to be a better way’ when it comes to organization, then the above can provide a quick and simple solution. 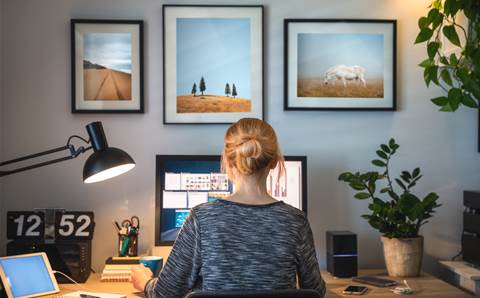 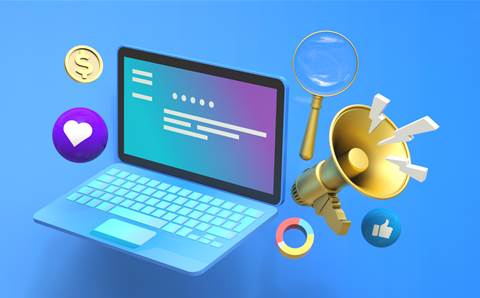 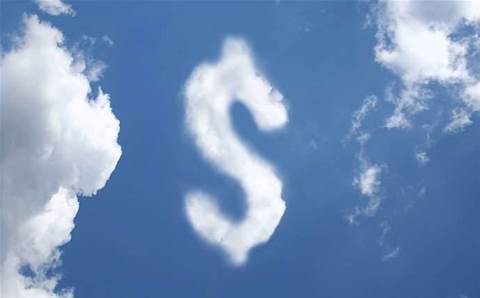 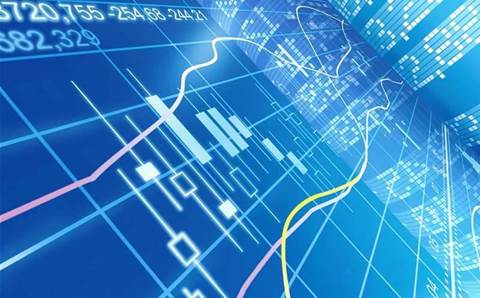 By Staff Writers
proudly sponsored by