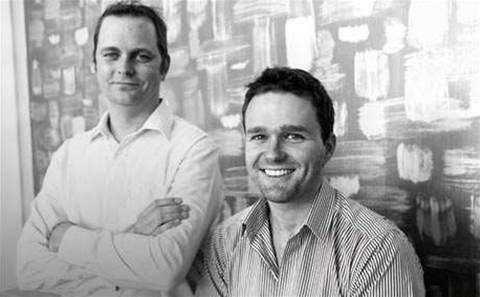 Luke Halliday and Aj Williams pegged the fortunes of their Gold Coast IT consultancy to Cisco’s platform two years ago and haven’t looked back.

“The Cisco partnership has been a driving force behind the growth of the business, especially aligning with the data centre side,” Halliday says. “We made a switch from HP servers to Cisco servers and that was driven by performance.”

Halliday is especially impressed by Cisco’s validated designs, which give him confidence that a solution will do what it says on the tin when he takes it to a customer: “It’s knowing you’ve got the vendor support.”

Mercury IT last appeared in the 2010 CRN Fast50, where it peaked at No.5, more than doubling annual revenue thanks to providing managed services to a broad spread of clients. Its appearance in this year’s top 10 is a testament to the ability of a company to consolidate rapid growth then search for the next burst of sales. In 2012-13, the Queensland company broke through the $4 million-mark, and Halliday attributes this continued growth to Mercury IT’s ability to transform client businesses.

“We’re seeing more of a shift to people investing in technology to change their business as opposed to a few years ago when IT was a necessity. Eighty percent of customers see it as a transformative thing.” Cloud is on the mind of his customers although few have dived into public cloud, most preferring hybrid options or a more conventional on-site solution.

“The conversation always starts with cost in mind. It’s like VoIP– I’ll save myself lots of money but that’s not always the case with cloud.

“We’ve just done a large private cloud rollout and the main driver was the speed the customer could roll out new services or infrastructure.”

Mercury IT has been engaged by a well-known international engineering company to migrate its Perth data recovery facility to Amazon Web Services and is also moving foundation customer Southwest Radiology to a “virtual environment using private cloud”, he says.

Apart from Amazon, Mercury IT has also turned to Telstra for its cloud infrastructure because of the telco’s extensive range of services, Halliday says.

And because more clients are moving to the cloud, network infrastructure is becoming more important, so it is reselling more switches and routers.

In the year ahead, Halliday and Williams will take evolutionary steps, hiring more project engineers and a salesman while finding more work to soak up capacity for the in-house developer who helps clients with their own mobile apps and enterprise middleware.

And they are investigating an innovative way to boost revenue that may see them appear in the top 10 of CRN Fast50 listers again next year.

“We have a few ideas around linking what we get paid to achieving [clients’] results,” Halliday says. “You need to be brave [because] if we’re doing what everyone else is doing, we’re not going to grow.”

And Mercury IT has even experienced the need to exfiltrate customers from the cloud when anticipated service levels dropped below what was acceptable. That has led Halliday also to look at Riverbed as a way to predict and monitor network performance, he says.