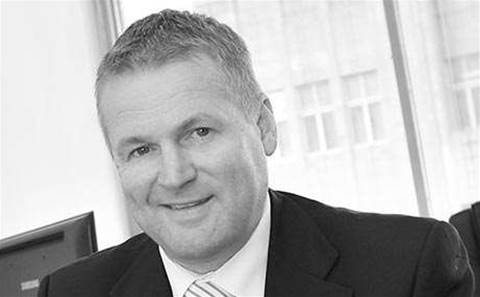 RXP Services is one of the few members of the Fast50 to boast a “near-shoring” centre. The services provider opened a Hobart software development house this year, a facility originating from the March buyout of Insight4. The owner of that company, Jared Hill, is now heading up RXP’s applications development group.

“We want to drive growth in Hobart, given the cost benefits it provides us and our clients,” chief executive Ross Fielding tells. “And it means we can keep jobs in Australia. There are great grads coming out of Hobart.”

It’s one example of the innovation-by-acquisition for which RXP has become famous in 2014. Transpire, MethodGroup, Integrated Value, Nobel, Insight4 and Aptus all fell to RXP’s charms as the firm executed six acquisitions during the 2013-14 financial year, plus another one in October.

The publicly listed firm managed to do all this while satisfying shareholders, boosting net profit by 86 percent to $6.5 million.

“We’ve grown our business 45 percent organically and 55 [percent] through acquisition,” says Fielding. “So it’s been a really, really good result. Our business at the core is strong and gets stronger everyday.”

“Despite what some have said were tough trading conditions over the 2014 financial year, RXP was able to continue growing its earnings and cash flows, and most important, add a significant amount of talent to our team which positions us well for future growth,” Fielding says.

The company continues to invest in new talent. Fielding said that RXP inherited long-standing graduate programs in Hobart and Canberra through acquisitions, but it has now started new post-university intakes in Melbourne and Sydney.

While enterprise service and security and identity management were new business lines established this year, a company spokesperson said that all practices had contributed to RXP’s Fast50 growth.

RXP Services focuses on consulting and does not spruik particular vendor alliances. However, the acquisitions from the past year have seen a boost to its Salesforce, Apple and Microsoft credentials. Relationships with Tintri and Sitecore were also announced, and RXP hosted a stand at the AWS Summit this year.

RXP intends to make further purchases in the coming year, presenting a ready balance sheet. The company reported zero debt and a cash reserve of $18.4 million as at 30 June. Fielding said that July revenue had topped $6 million – just the kind of start to 2014-15 that could see RXP as an early contender for the next CRN Fast50.