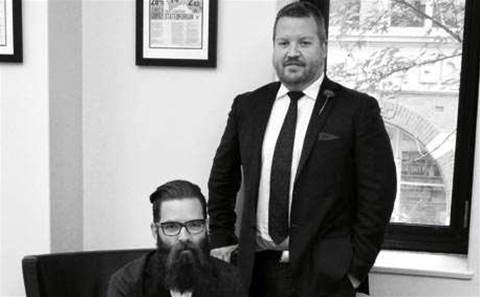 For someone whose company has been named one of the fastest-growing integrators in the country, Nick Russell never thought he’d end up in the channel. In fact, he jokes that his journey has been one “from channel-hating lunatic to a convert”.

The plan clearly worked out, as a year of 211 percent growth has propelled Katana1 to second place in this year’s CRN Fast50, and, at $8.1 million turnover, the largest integrator in the top 10.

Before establishing Katana1, where he is now managing director, Russell’s career foundations were firmly planted in “vendor land”, he says. He started out with five years at Sun Microsystems, looking after a blue-chip account for Commonwealth Bank. He then moved onto NetApp. It was at these respected institutions where Russell first developed his uncertainty of the channel and later was won over by its importance.

“Not to speak ill of Sun’s partner, but I was an enterprise account manager at Sun managing CBA and Qantas; we had a very high-touch model with those customers and partners would show up and tell you all about a deal you had been working on for six months.”

But some good experiences changed all that, he adds. “Then, at NetApp, I had some good partners and converted to the channel.

“There were some account managers on some very high accounts that took me into some big deals I wouldn’t have had beforehand.” This drove Russell to look at how integrators could help augment the efforts of the NetApp sales team. Russell realised that “having more feet in the street running around singing our message would make our lives easier”. From here he implemented a new structure. Whereas in the past, the NetApp direct sales team had focused on the top 50 accounts, now he would leverage partners. “There were the top 10, a channel-managed 20 to 30, then an acquisition 20 to 30 – competitive sites we wanted to convert over to Net App.

“Our reputation with those top 10 grew dramatically: the quality of engagement, the revenue, the share of wallet from competitors – all those good metrics went up,” says Russell.

The importance of this journey cannot be discounted. Russell’s lightbulb moment was to take this high-touch model he had developed and apply the same logic to a standalone integrator. The company now has a group of account managers each focusing on four to six customers that he dubs “antimatter clients”.

Why? Because “antimatter is the most expensive product in the universe,” laughs Russell.

Russell is joined by fellow director Ross Ogilvie, whose CV included almost 10 years on the client side at Deloitte. Most recently, Ogilvie was working as a senior consultant at BMC Software.

“I did the Jedi mind trick to get him to leave a high-paying job and hang out in my dining room and pretend to have a company,” says Russell.

One of Katana1’s main vendors is, unsurprisingly, NetApp. It is a vital part of the mix, but is just one component of an offering that usually comprises a comprehensive product and service set. The company is “very professional services-led”, says Russell.

One of the most significant developments over the 2012-13 financial year has been the rising contribution of disruptive vendors. Russell nods to Nimble Storage and more recently Splunk and Amazon Web Services as three vendors helping Katana1 stay ahead.

“Ross and I had a chat nearly a year ago. I said we need to find some technology that is disruptive, that will drive professional services for us, and that will survive in a cloud world if the market shifts dramatically. We came back with AWS and Splunk.”

He says that both firms gel with Katana1’s ethos. “Like Splunk, AWS is one of those really strong cultural fits. AWS is us: running at 100 miles an hour with lots of customers wanting to talk to them.”

These fast-growing vendors form part of a winning solution, allowing Katana1 to get a foot in the door that can lead to lucrative, multi-faceted projects.

“Look at something like Splunk, there is a licence and software sales, then as the client grows that licence increases. There is also invariably a proof-of-concept engagement around 10 days, which is paid, then a reasonably sized service deployment piece for four to six weeks to set it up. Then there is server and storage sales, so we will sell a Cisco UCS (Unified Computing System) and Nimble Storage around it where traditionally we may have just got a storage sale if we’d led with NetApp.”

That said, NetApp remains the breadwinner. The 2012-13 financial year included a $2.1 million NetApp project at a single client.

“We don’t play in the tape space, so we have conversations going with most of our customer around Glacier to replace tape. Most CIOs want to stand up and say we are using cloud, and so this is a great place because it is their long-term data and is not so high a risk.”