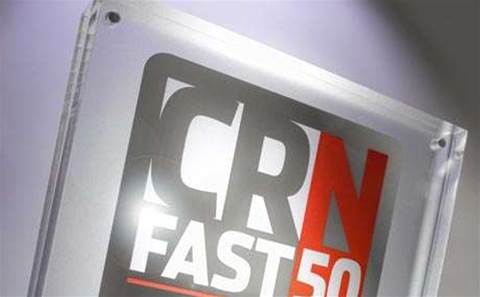 In 2013, the typical Fast50 company was based in New South Wales or Victoria, grew at more than 44 percent and made more money than ever from cloud computing and less than ever from hardware. There were most likely to have been in business for less than 10 years; the really fast growers had been in business for under five. There was a better-than-average chance that they made money from the finance and insurance sector.

Jarrod Bloomfield and his company, NGage Technology Group, tick almost all the boxes. This year, the Melbourne-based reseller hit the number one spot on the CRN Fast50 by growing the business at a stunning 264 percent from less than a million in revenue in 2012 to well over $2 million in the last year. Where NGage differs from many in the channel is the importance it has assigned to hardware. The company made a lot of money this past year moving tin.

NGage heads up the 2013 CRN Fast50, the list of Australia’s fastest-growing channel companies. The company is one of many new names on the list: in fact, 29 of this year’s Fast50 are new since last year. Growth is a fickle mistress, especially in an industry where it is often important to consolidate gains. Many of last year’s Fast50 companies told CRN that they missed the list in 2013 because it was their “consolidation year” following the major leaps forward in 2012. Backing up this anecdotal evidence of peaks and troughs is the fact only five of the 10 fastest-growing companies from 2012 made it back into the list in 2013. None of last year’s leaders made the top 10 again. In fact, the best back-to-back performer from last year’s top 10 was the 2012 winner, LeetGeek, which this year checked in at 27th.

Collectively, the 2013 Fast50 this year generated revenues in excess of $250 million. Last year, the figure was $585 million. Why? The absence of a few major players made all the difference: missing from this year’s list were five of the biggest companies from last year, including the two biggest firms, UXC Connect and Bridge Point Communications. Between them, these two powerhouses were worth $222 million in 2012.

Both of these companies have since been admitted to the CRN Fast50 Channel Elite (see page 35). The alumni group recognises past Fast50 participants who have surpassed $30 million in revenues. It is a way of recognising that the growth engines of today’s small and nimble operators drive them into the upper echelons of the business world. Today’s Fast50 companies are tomorrow’s industry leaders.

While the overall size of the pie is smaller, the speed of business among the Fast50 has picked up. On a like-for-like comparison, this year’s Fast50 fraternity has set a cracking pace. Their collective revenues are up 44 percent year-on-year. The average growth came in at 55 percent.

Six companies achieved triple-digit growth and three broke the double century. While NGage was the swiftest of the growth centurions, new Fast50 entrant Katana1 (2nd) was the biggest. The Sydney-based integrator finished the 2012-13 period with revenues in excess of $8 million. It was evident that high growth is not simply a matter of starting from a small base. The other companies to grow more than 100 percent were Outware Mobile (3rd) at 201 percent, Cloud Plus (4th) at 191.5 percent, CTO Group (5th) at 173 percent and SecureWare (6th) at almost 105 percent.

At the other end of the speedometer, there were nine companies that grew at less than 20 percent. But even here the achievements should not be undersold. One of those companies, Advent One (44th), is now selling more than $20 million a year. If it can keep its run rate going, it could well be a future candidate for the Channel Elite.

The top 15 of the 2013 Fast50 companies delivered annual growth in excess of 50 percent, the 20 companies in the mid tier grew at between 25.46 and 46 percent, while the bottom third still delivered a healthy clip of between 15.65 and 25.08 percent growth. Lucky last, Applaud, notched up 15.7 percent growth, trumping last year’s 50th-placed company, which delivered 8.29 percent.

Next: Staffing and state by state