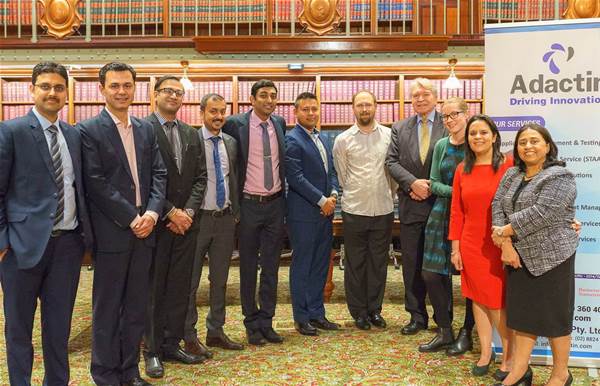 Sydney-based Adactin has proven more than once that it can innovate and grow, and this year makes its third appearance at the CRN Fast50 in three years, and its second time in the top 10.

What began as a software testing firm has strived to evolve its offering, with foundations now in place to offer end-to-end services across several practices from multiple sites across Australia.

Chief executive Navneesh Garg told CRN his company was continuing to reap the benefits of a growth strategy put in place two years ago. The company grew a huge 174 percent to hit $18 million in revenue this past financial year.

“We’ve had sustained growth over the last few years from a revenue perspective and definitely the last financial year as well. There are a couple of key initiatives we started doing I think two years ago,” Garg said.

“Two to three years ago we branched off from not just being testing specialists but more into an end-to-end IT service provider with a focus on digital integration services and development services as well.

“That has really helped us over the last year. We did a lot of work in the digital and integration services space and that’s been a key area of growth.”

Adactin has also traditionally been a Sydney-headquartered organisation, but that is also changing, with growing offices in Victoria, Queensland and the ACT. In Canberra, Garg said Adactin has enjoyed several government wins, including deals with ASIC, the Australian Electoral Commission and police.

“We’ve been on the ATO panel and have also been named on the Defence ICT panel and they have started bearing fruit over the past year. We’ve started working with a number of federal agencies in Canberra, which has again contributed to growth,” he said.

Part of Adactin’s evolution to end-to-end solution provider has also included exploring deeper relationships with a number of vendor partners, including Micro Focus, Mulesoft, and Oracle for integration work, as well as Atlassian and Adobe in the digital space.

“We’ve also focused on having a domain specialisation service as well. You might say IT is one horizontal arm where we focus on digital integration and testing services , but we’ve also added capability and domain specialisation in banking, financial services, insurance, healthcare and the energy sector,” Garg said.

Though the business is morphing and expanding, Garg said the company would need to ensure it innovated in each of its practices to ensure continued success.

“That’s one part and secondly it’s about our customers and what their business problems are,” he said. “If we can use innovative solutions to solve customer business problems, that is the key to maintaining the growth of these practices, and that’s a vision I’ve been asking all of our practice leads to focus on.”