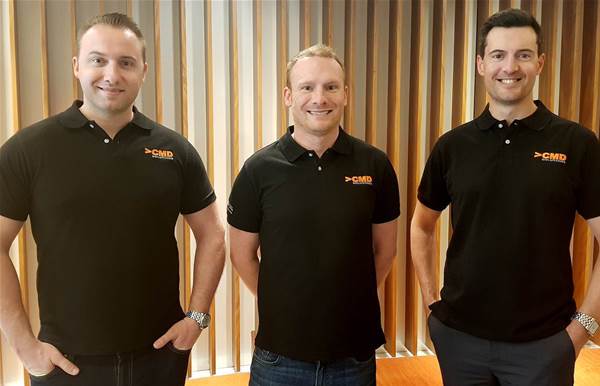 Andre Morgan has decided not to be a jack of all trades.

The managing director of CMD Solutions reached that decision during his time shepherding the three-year-old AWS consultancy into the CRN Fast50.

“There’s heaps of demand for cloud consulting,” Morgan told CRN, but there’s better business to be had as a specialist.

CMD has therefore focused on AWS and targeted the financial services industries and made sure it has the security and automation skills needed to take their workloads into the cloud without ending up on the wrong side of legislation and technical requirements.

“We focus on using automation to add security controls without compromise,” Morgan explained.

“That lends itself well to any organisation that needs to meet regulator requirements.”

“We focus on transformation using automation,” Morgan said. That means automating underlying infrastructure layers, so that CMD clients can “reduce friction to get into the areas they need to work on”.

Most of the company’s efforts automate AWS infrastructure-as-a-service. But it’s also moved into automating AWS account creation, plus the CloudTrail logging and auditing service that financial services firms demand.

The resulting projects can sometimes be new cloud-native apps, or involve something as simple as a static HTML web page.

More often, CMD works with its clients to ready their systems of record for the cloud.

“For commercial-off-the-shelf workloads that are a bit more legacy, we move them over to cloud so clients can back-end them for digital transformation,” Morgan said.

That approach has already seen the company land big-brand clients like health insurance fund nib, for which it performed a gap analysis and created a strategic AWS adoption roadmap.

The project ultimately helped nib transform from its existing platform state to a mature, production-ready environment.

CMD then performed design work and delivered DevSecOps-focused implementation and consulting services to ensure nib was ready to use its new cloud platform for any business demands.

CMD has already developed its own repeatable methodologies for such jobs, reflecting a desire to offer a consistent service. “We really use that as our backbone to underpin consultancy,” Morgan said.

Building good processes has also helped the company to enter the managed services market.
“That’s been an interesting progression because we started as a straight consultancy,” Morgan said. But a client asked for ongoing support after engaging CMD for some DevOps-related work, and a new practice was born!

AWS is currently CMD’s critical partner, but the company has also struck up relationships with Sumo Logic and Cloud Conformity.