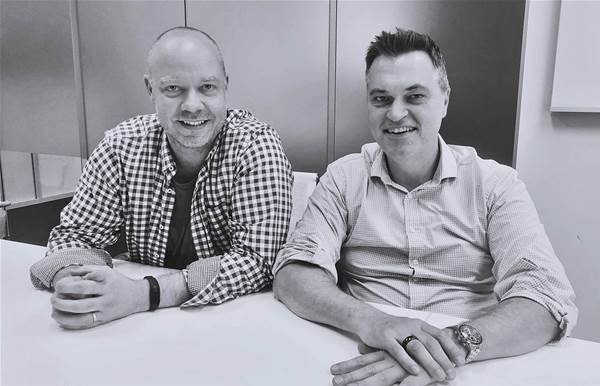 Moving workloads to the cloud may be a complex business, but Malcolm Duncanson thinks a successful cloud consultancy should still focus on the basics.

“Customer obsession is the number one thing,” Duncanson, the CEO of Cloudten, told CRN. “It’s about working with existing customers and making sure they are super-happy.”

He described the company’s approach as “really just bread-and-butter customer satisfaction stuff. We don’t have a fancy go-to-market model.”

Focusing on customers has seen Cloudten grow impressively: it more than doubled headcount and revenue in 2017-18, scored a place on the United Kingdom’s government digital marketplace, won work with major public sector agencies and has now cracked the CRN Fast50!

Cloudten is also one of the few companies to have earned it anywhere, which helped the business crack into the UK government marketplace and will help its plans to enter the Singapore market.

While plenty of Cloudten’s work has been with government agencies, Duncanson didn’t initially plan to pursue the public sector market, telling CRN that clients kept coming and “word got around” that Cloudten understood the market.

The AWS government competency includes security skills that Duncanson said will fuel growth across all sectors.

“Our security practice has grown to be 20 or 30 percent of our work,” Duncanson said. “You can’t talk about cloud migration without talking about security,” he added.

Duncanson said Cloudten has found plenty of work translating on-premises security postures into new cloudy counterparts that both replicate existing controls and adapt them to the cloud.
“We have really focused on that practice and it has gone really well,” Duncanson said.

The company has also developed a framework for secure cloud migrations that is further accelerating growth by making it easier to plan and execute moves.

Duncanson knows expanding will require new skills: he’s adding business development managers and other sales staff, because while rising demand for cloud skills is kind to the entire industry, he knows that Cloudten can’t count on that for future growth.

He’s also evolving the company’s technical skills to give it the capacity to implement serverless or container-based solutions on top of its current emphasis on virtual-machine-based projects.
A new DevOps practice complements that move to cloud-native applications, and is also growing fast.