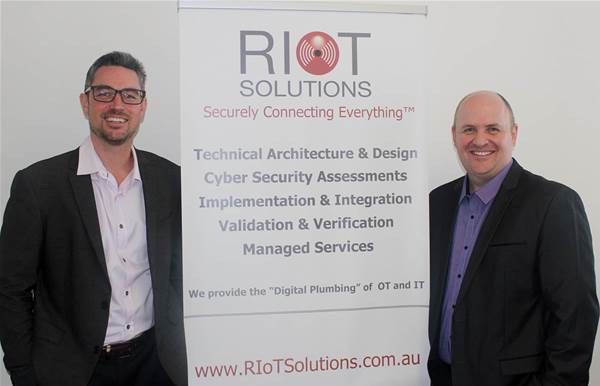 RIoT Solutions managing director Rob Merkwitza said a couple of big deals landing around the same time in 2018 helped the Queensland business grow its revenue and maintain an impressive growth rate, off the back of its No.1 position in last year’s CRN Fast50.

Maintaining fast growth is not an easy task, but RIoT gave itself a challenge to double revenue in 2018 and has made a very respectable return this year in sixth place. The company grew revenues 120 percent to $14.8 million.

“We’ve only been around for three years, so the first year was very much startup mode, and it was similar even the second year. I think this third year, we’ve run into [the year] a bit more well-known and cemented our play in the industry a little better, and started getting more repeat business,” Merkwitza said.

“The first couple of years was getting those first 50 accounts and this year has been about taking some of those smaller, entry-level engagements and turning them into bigger sized projects.

“We’ve noticed sales cycles anywhere up to six or seven months so things that we’ve worked on in the year before have only just come off in the [following] year.”

One of its key wins was a major implementation for the 2018 Common­­wealth Games on the Gold Coast.

“That was instrumental for us last year. There was a lot of operational technology-type work with the intelligent transport systems division,” Merkwitza said.

“Funnily enough that was one of the first contracts we had won when we first started, so it was all about planning and designing up to March 2018.

“We had people on call around the clock, two weeks prior and during the event, we had managed security services in there, we did a lot of redesign work of the transport network to support CCTV, light rail and trams. It was a very, very busy time and a big contributor.”

Another big contract RIoT notched up on the tail-end of FY2018 was a 330-site rollout for entertainment and tourism company ALH Group. Merkwitza said that job, at the time of implementation, was one of the biggest Cisco Meraki deals ever done in Australia.

The job was a national site-wide refresh, introducing SD-WAN and security technologies to improve network performance and manageability, and reduce costs across the client’s network of properties.

“That’s something we worked on a fair bit last year and are now executing this year. We’ve used the first quarter to bed that in.”

The solution areas will operate as four separate practices within the business, with new practice leads appointed for each division and teams beginning to form underneath them.

To Merkwitza, a number of things go into a successful, growing business. With some 30 people now on staff and a buoyant industry, the managing director said a great variety of available work was keeping RIoT busy and energetic.