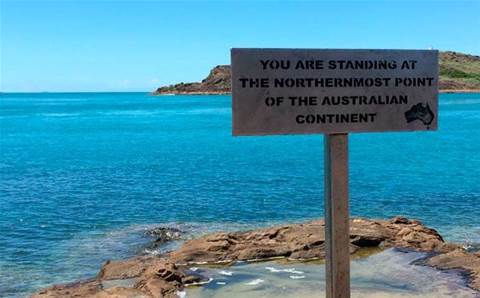 The council, whose constituency reside in an area known as the “gateway to the Torres Strait islands”, said the project has not only brought its own operations together but also improved internet access to members of the community.

As recently as two years ago, NPARC had its main council buildings connected with managed Telstra fibre, but more remote sites relied on a mix of PSTN and ADSL services.

This caused some practical issues for council, not least of which that it was hard to bring people from many sites together because they were not all on the same network.

The council had very high telecommunications cost with at least 40 individual services on its books.

In addition, the network’s resiliency was constantly tested: frequent flooding, cyclone damage, power failures and termite attacks caused outages which could take anywhere from 10 days to two months to fix.

The council, together with Telstra and another independent provider, came up with the new network design using 5GHz AirBridge Connection technology, which it coupled with a monitoring and maintenance agreement.

The new wireless network connects 18 out of 20 NPARC sites; two have proven challenging due to their geographic elevation, and the council is still looking at how best to upgrade connectivity for them.

Kylie Wyatt, NPARC's office & ICT manager, said: “AirBridge Networks’ knowledge is outstanding in finding solutions to overcome some of the technical challenges on this project.

"Also, their technical staff have been very professional and more than happy to help by working with our people on-site who don’t have the greatest technical knowledge with other issues they were having, often unrelated to the project itself.”

A major by-product of bringing the majority of sites onto a single network is that “significant technology adoption” has followed.

Videoconferencing between NPARC and its main administrative centre in Cairns will reduce the number of expensive direct regional flights or 2000km round trips by road needed each year for staff and councillors to attend meetings.

In addition, council is considering how the network might be able to support the rollout of internet of things (IoT) systems, such as for capturing and reporting water levels.

The new network is also having positive impacts outside of council operations - in the community.

To address major concerns around youth violence and crime, NPARC has made public wi-fi services available in certain locations at certain times (along with increased CCTV coverage).

The initiatives had already resulted in a reduction in juvenile crime, the council said.

In addition, by extending wi-fi availability to members of the community, NPARC has taken the opportunity to build in messages and advice as part of the connection process.

For example, it can play a video with tips on cyclone preparedness or quickly circulate information, such as on crocodile sightings in the area.

“The key benefit for NPARC from the project is that they finally have a network that cost-effectively connects its people and operations, and provides it with the flexibility to meet future, changing needs of the community and the environment.”

AirBridge Networks is a finalist in the 'Network Evolution' category in the 2018 CRN Impact Awards. For a list of all finalists and further details on the awards, please head to the CRN Impact Awards hub. The awards take place during the CRN Pipeline conference. You can get more information and purchase tickets here.