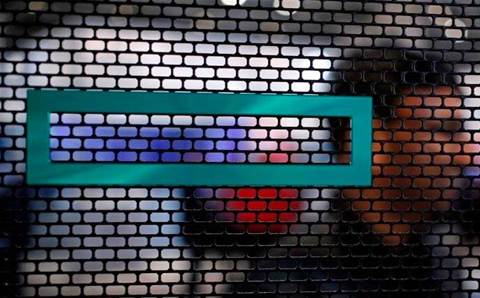 As the new kid on the block among Hewlett Packard Enterprise's distributors, Arrow ECS needed to stand out from the crowd.

The distie did just that with an innovative and results-oriented campaign that has been named a finalist in the 'Distribution Performance' category in the 2018 CRN Impact Awards.

The APEX program was themed around the Formula 1, with partners participating as "driver teams" through activity such as points allocation and trophy collection in a bid to win a trip to the Grand Prix in Singapore.

The program, which spanned multiple HPE product families, also targeted competing vendors and was successful in "dislodging Fujitsu storage, Dell networking and Extreme Wireless within the core group of participants", according to Arrow ECS.

For Arrow, which was first appointed as an HPE distributor two years ago, the success of the program was measured in enablement, with more than 100 training and certification opportunities created across the program for sales and technical participants.

There was also a lead-generation aspect that delivered more than 250 qualified leads, as well as driving "up tier" movement for eight HPE resellers across varying levels.

Other metrics of success included increased pipeline and improved close rates, with a claimed 48:1 return on investment while improving "close rates" with partners by over 10 percent.

Other benefits included higher engagement with partners through the significant enablement opportunities and leads generated.

One partner that praised the lead-gen aspect was BES IT, based in Brisbane. The company's former commercial business manager, Claire Bellenger, said the program was "structured in such a way that it’s easy for us to manage current and potential opportunities, and enhance the interaction between distributor and reseller".

"As a result, for the first time ever we have started really working with a distributor in terms of lead generation, and not just with the vendors, and we’ve seen significant new opportunities as a result of that.”

The Arrow team had to attain buy-in from four different business units at HPE, along with senior Arrow ECS management in ANZ and globally.

Pat Devlin, director, distribution and midmarket at HPE Australia, said: "There are many reasons why Arrow’s business is successful, but our reseller partners typically explain it as, ‘They just get it’."

Perhaps the best mark of the program's impact can be seen in its successive incarnations.

APEX is being run again in 2018, and Arrow is also rolling out similar campaigns to its other vendors, including F5 SecureWorld, "a sustained enablement program", as well as Sophos Phishing, "a re-engagement program that was incredibly well received by the channel".

Arrow ECS is a finalist in the 'Distribution Performance' category in the 2018 CRN Impact Awards. For a list of all finalists and further details on the awards, please head to the CRN Impact Awards hub. The awards take place during the CRN Pipeline conference. You can get more information and purchase tickets here.