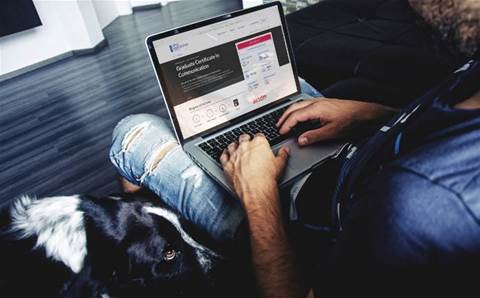 Open Universities Australia provides access to multiple university degrees and courses from institutions across the country, delivered online, to anyone. It’s a modern, digital-based service designed to provide simplicity and ease of access for its customers.

But delivering such a complex education platform is far from straightforward.

OUA works with multiple businesses and stakeholders across several core systems to offer a range of degrees and courses from several universities, and to support the different levels of education.

As the organisation grew, it realised its model needed to change, and it began a far-reaching transformation dubbed 'Project Alchemy'.

The company needed to bring all of its existing core systems into a single platform with the aim of removing the friction between universities and students.

With support from external providers, including base2Services and Avanade, OUA moved to a single platform based on Amazon Web Services and Salesforce, while replacing old systems with newer, more agile tools.

The education provider’s business systems are now running 100 percent on AWS, following the biggest IT project OUA had ever undertaken.

Project Alchemy allows OUA to increase its offering beyond a smaller selection of universities and a limited number of courses and can now expand to all universities, metro and regional, massively increasing OUA's potential revenue streams.

base2Services was "involved and contributed into Project Alchemy right from the start as part of their DevOps-as-a-service offering", said Srini Nori, OUA’s design, development and implementation manager.

The supplier was responsible for the overarching infrastructure architecture, the continuous integration and deployment processes, deployment and management of that architecture.

"With different supporting technologies of Windows IIS Server, AWS RDS for MSSQL, SOLR and MongoDB, base2Services were able to manage the provisioning and auto scaling of these with a deployment pipeline that could be controlled by a release manager using Jenkins – with all of this configuration managed as infrastructure-as-code and source controlled, which as a developer I loved seeing," Simmonds said.

"They coached our technical team to help us to understand how all of the supporting infrastructure that they managed worked and also helped us troubleshoot issues we had in the configuration of our solution onto it. My skills in DevOps have improved as a result of working with base2 and I'd definitely recommend them to any SME looking for a vendor to manage their entire cloud real estate.

Coordinating, architecting and managing Project Alchemy was not only a major undertaking in its own right, but the work was tied to an immovable timeline of eight months, in order to line up with the 2018 academic enrollment deadline.

At the end of 2017, OUA announced it had added 30 new programs in time for the 2018 school year. The provider now boasts a portfolio of more than 1350 subjects and 163 degree programs, delivered by 12 universities.

The move to AWS has also helped the client reduce costs by 35 percent, mainly through savings on compute and storage.

OUA's Nori praised base2Services for its flexible approach, expertise on the AWS platform and proactive staff.

“Base2’s team worked very closely with the OUA team and six other technology vendors. They helped identify key opportunities to innovate and iterate on, improve and optimise from the previous landscape and finally implement new tools, technologies and DevOps processes,” he said.

“They coached our technical team to help us to understand how all of the supporting infrastructure that they managed worked and also helped us troubleshoot issues we had in the configuration of our solution onto it.

"My skills in DevOps have improved as a result of working with base2 and I’d definitely recommend them to any SME looking for a vendor to manage their entire cloud real estate,” he said.

base2Services and Avanade are finalists in the 'Working Together' category in the 2018 CRN Impact Awards. For a list of all finalists and further details on the awards, please head to the CRN Impact Awards hub. The awards take place during the CRN Pipeline conference. You can get more information and purchase tickets here.

Cloud application revenue made easy
By Michael Jenkin
Apr 10 2018
6:00AM