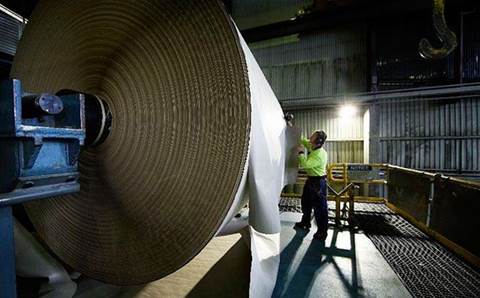 Artificial intelligence and the internet of things will play an increasing role in manufacturing, which is one key reason packaging giant Visy migrated its SAP business application environment from a private cloud to Amazon Web Services.

After all, the public cloud provider offers a broader range of services than a private cloud – and without the capital expenditure costs.

While Visy is yet to enjoy the full potential of AI and IoT, the company is already seeing benefits such as much improved application performance and more rapid SAP infrastructure rollouts.

However, while SAP now offers a powerful cloud toolset, that doesn’t make the migration process easy. Enterprises need deep expertise in both SAP and the underlying cloud platform – which is why Visy selected BNW Consulting to handle the migration.

BNW, which is an SAP specialist and AWS Partner Network advanced consulting partner, worked closely with AWS and Telstra subsidiary Kloud throughout the project.

SAP is the core financial system for Visy’s entire global operation, so the migration was a huge exercise. The shift of the company’s SAP environment to AWS included SAP Business Information Warehouse on SAP HANA, SAP Enterprise Portal, Process Orchestration and CRM, according to BNW.

“For business insights, Amazon S3 and Amazon Redshift – a peta-scale data warehouse – aggregate data from SAP and other Visy systems across Visy business units. Queries are then run against this data to provide real-time reports for key Visy stakeholders.”

According to BNW, Visy has seen several measurable improvements from the migration, including:

As a result, tasks can be completed more quickly, productivity has improved, financial data can be accessed and business decisions made more promptly, and the company is more agile, with the ability to rapidly scale, according to BNW.

Perhaps even more importantly, the AWS migration means Visy can now drive innovation on a platform that supports AI and IoT, enabling the company to develop new applications to improve manufacturing and other processes. It also means no more capex costs for refreshing the private cloud infrastructure.

The project was rolled out from April to November 2017 and, according to BNW: “Value for money was evident even before going live, because when certain parts of the project were paused to focus on other priorities, the project team could simply shut down the related SAP solutions and AWS infrastructure, significantly reducing running costs.”

BNW Consulting is a finalist in the 'Modernising Infrastructure' category in the 2018 CRN Impact Awards. For a list of all finalists and further details on the awards, please head to the CRN Impact Awards hub. The awards take place during the CRN Pipeline conference. You can get more information and purchase tickets here.