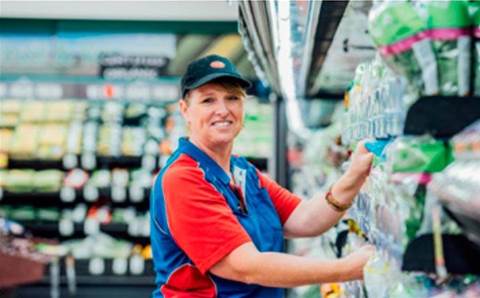 Cairns-based Piccones Group has deployed “one giant phone system” across its operations, which includes two SUPA IGA supermarkets and a shopping village.

The group is in some ways a typical high-volume retail business, relying heavily on its phones for handling consumer enquiries and keeping in touch with suppliers and staff.

However, its three main sites had been running different legacy phone systems over leased lines, meaning every call between sites was considered external.

One of the sites also had a system that was considered to be especially risky as it was outside support, with half of all handsets having failed and unable to be replaced.

The Group initially looked to local providers for proposals to bring all sites onto a single phone system, but the process produced no workable options.

At that point, it was introduced to Calibre One, which proposed a successful upgrade of the company’s communications infrastructure.

The latter was important because Piccones operations are in Cairns, which is undergoing a transition from BDSL to NBN, and so the Group wanted to be able to make that switch without impacting whatever IP phone system it ran over the top.

Most of the major changes to Piccones’ telecommunications systems occurred after hours; this was necessary because the supermarkets run extended trading hours until midnight, leaving only a short window in which the upgrades could occur.

With the new phone system in place, Piccones’ traditional line rental and call costs are down over $25,000 a year.

Part of this is because the company can now call for free among its own sites, and also has significantly reduced ongoing administration and maintenance costs to contend with.

Under the old system, it had been forced to call in technicians to make even minor changes to its PBX systems.

These changes - like moves, adds and deletions - can now be performed by Piccones itself.

The new phone system has also reduced double handling of calls with Piccones estimating that it has 70 percent fewer calls are being routed to incorrect locations.

As part of the design of the new network infrastructure, each Piccones site has been configured to run its own networking equipment.

This is to ensure each site can be independently operated in the case of network unavailability, localised power outages or other technical issues.

Far North Queensland is susceptible to extreme conditions such as cyclones and localised flooding, meaning Piccones had to ensure that local problems did not cause bigger issues across its network.

The company is hoping to integrate its Mitel communications system with the Google Suite in future, which will offer users integrated contacts, web and audio conferencing, and call control.

Calibre One is a finalist in the 'Network Evolution' category in the 2018 CRN Impact Awards. For a list of all finalists and further details on the awards, please head to the CRN Impact Awards hub. The awards take place during the CRN Pipeline conference. You can get more information and purchase tickets here.