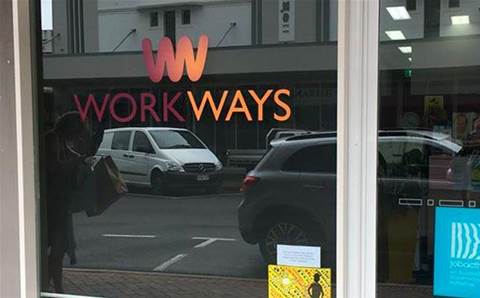 The typical merger involves two organisations. For Workways, it encompassed four – and, as a result, it has quickly evolved from a small community-based entity in regional Victoria to a large not-for-profit organisation operating across Victoria, NSW, ACT and Queensland.

However, it also resulted in mishmash of various networks and systems, many of them aging, along with four separate IT teams.

“When we initially merged together the four organisations, we had significant concerns about the age of our equipment, our ability to effectively link the four separate IT systems into one integrated system, and the amount of money that we would be required to invest to bring the business into line with industry and general business standards,” said Workways’ chief strategy and development officer, Samantha Hill.

The aim of the mergers, which occurred in 2014 and 2015, was to create a larger, more commercially viable organisation that would provide the scale needed to remain competitive in the changing market, and enable the Workways to continue to deliver its employment services to more than 16,000 job seekers across the country.

However, the merged entity was left with multiple network domains and several IT staff in different locations with different ideas of how technology should be managed, along with disparate and often unstable systems.

Workways needed help in integrating and modernising those networks and systems, so it engaged IT service provider Combo not only to head up the huge project, but also to replace the existing IT teams. That led to “immediate cost savings and an increase of IT capability and capacity", according to Combo.

Combo’s first job was to uncover what was in place, and then it would collaborate with Telstra to deploy new solutions.

“Discovery revealed 22 physical servers in five locations, with other makeshift servers in remote sites. Some servers were up to 10 years old,” Combo says.

“PCs were unbranded with a mix of operating systems from Windows XP to Windows 8. Outages across the network were a daily occurrence. Only a third of critical data was being backed up reliably.”

Two years later, many physical servers have been virtualised using VMWare onto Telstra’s CSX cloud platform, with the operating system upgraded to Microsoft Windows Server 2012 R2 and an RDP environment created. The redundant servers have been decommissioned.

Office 365 has been deployed to all staff and Combo implemented Telstra’s Veritas email archiving solution to satisfy Workways’ compliance need to retain all documents for seven years.

As a result of the server consolidation and other network upgrades, Combo was able to create a single public internet point of entry via a Palo Alto firewall.

“This has allowed Workways to replace its aging fleet of PCs with HP terminals. These terminals provide HP device manager to allow automation of thin client configuration and updates across the 300 terminals deployed. The time and cost savings of this automation over the life of the devices is significantly more than the cost of the devices.”

The upgrade has ensured that Workways can attain certification for the ASD’s InfoSec Registered Assessors Program (IRAP), which has been introduced by government as a requirement of future funded contracts.

Commenting on the upgrade, Hill said: “Combo took the time to analyse and learn about our business, assisting us to develop a single, integrated, consistent, high-performing IT platform that will allow us to navigate the changing nature of our industry, ensure that we meet the current and future IT and IRAP accreditation requirements to remain competitive for future contracts, and to introduce innovative service practices.”

It’s also helped Workways double its revenue and achieve a 30 percent increase in the number of job seekers who have been placed in employment, according to Combo.

Bryan McCormick, chief executive of Workways, said the benefits of the tech upgrade went beyond the IT team.

“Workways operates under a star rating system where employment service providers in Australia have their service delivery assessed by the federal government each quarter. Since engaging Combo to integrate our IT systems we have achieved an increase in our star rating each and every quarter.

"When we commenced this process our star rating was equal to the national average. Of the more than 100 providers Workways is now ranked in the top three nationally, an incredible improvement. The flow-on effect of this improved performance has been a lift in revenue, profitability and new business," McCormick said.

Combo is a finalist in the 'Modernising Infrastructure' category in the 2018 CRN Impact Awards. For a list of all finalists and further details on the awards, please head to the CRN Impact Awards hub. The awards take place during the CRN Pipeline conference. You can get more information and purchase tickets here.

Grow your software revenue by selling these 5 affordable, essential tools for the modern workplace
By Glenn Rees