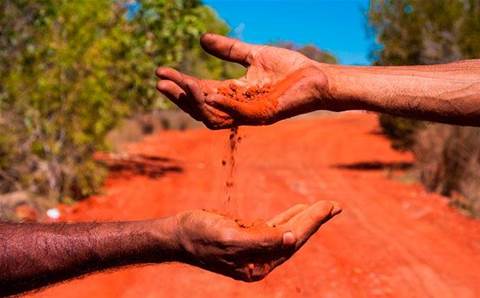 The community-controlled organisation, based in Echuca in regional Victoria, runs a single-server hardware environment.

Any IT problems impacted the whole organisation and its ability to provide essential services such as medical care, childcare and family support.

In late 2017, Njernda’s servers were knocked out due to a host failure. However, unlike prior outages, everything was recovered and back online within 30 minutes – before the majority of staff even knew there was an access problem.

This was made possible by a project completed just three week earlier which took Njernda from a tape-based backup solution to a cloud- and hardware-based Datto system.

This had been implemented back in 2014 and was considered to “no longer meet expectations”.

As part of a planned strategic review, Njernda met with its IT partner, DWM Solutions, which recommended the upgrade to Datto.

Such a system would not even have been an option back in 2014. Njernda recently benefited from the arrival of the National Broadband Network in Echuca, which upgraded broadband speeds to the point where they can now reliably carry cloud-based services.

The Datto upgrade got over the line in part because DWM were able to demonstrate just how quickly Njernda would be able to recover from a systems outage or accidental file move or deletion.

“We had previous required DWM’s help with recovering lost and deleted files, and each time this could take days to complete,” junior finance assistant Kyle Egan said.

“DWM showed us that with Datto our recovery time would be reduced to only minutes.”

DWM estimated many thousands of dollars in savings per incident, factoring in the cost of two days of recovery time, lost staff productivity and lost ability to deliver essential client services.

That also translated into faster response times to Njernda, and the project was given the green light to proceed.

DWM worked with Datto to scope the initial project, and engaged the Datto team to ensure the right products and services were recommended to meet Njernda’s needs.

The new system consists of a Datto appliance with unlimited retention and cloud-based services.

Njernda cut over from tape-based to cloud-based backup in a matter of six hours.

There was no need for scheduled maintenance or downtime to perform the work, so both staff and clients of the corporation were largely unaware that a change had even occurred.

The new Datto system allows granular data to be quickly recovered, “from multiple points in time, almost instantaneously, getting [Njernda] back to business in minutes”.

The project earned the praise of an external auditor that looked at Njernda’s medical
Services.

However, the real payback came when Njernda’s systems were knocked offline so soon after the backup upgrade occurred.

“Three weeks after DWM had implemented Datto, our host server went down – unbeknown to most of us at Njernda, as DWM was able to recover everything within half an hour,” Egan said.

“It is extremely important for us to have a solid IT system – as we provide crucial services to our community. In my mind, Datto is worth every cent."

DWM Solutions is a finalist in the 'Trusted Systems' category in the 2018 CRN Impact Awards. For a list of all finalists and further details on the awards, please head to the CRN Impact Awards hub. The awards take place during the CRN Pipeline conference. You can get more information and purchase tickets here.