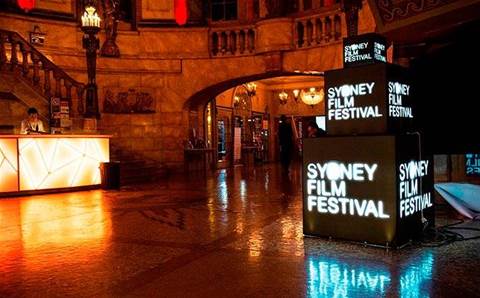 Sydney Film Festival is one of the world's longest-running film festivals, and it was struggling with slow-running file management.

The not-for-profit must handle large media files to run the annual event, and as the company expanded, its file server and Remote Desktop Services server could not keep up.

The previous server was prone to dropouts and latency issues, but the biggest annoyance came when Windows and Mac users tried to share files between each other. Staff also had difficulty accessing data from remote sites and collaborating with external partners.

"This was causing a major impact on our organisation from a productivity perspective and was seriously beginning to hamper our ability to perform on a day-to-day basis, which was incredibly frustrating," said SFF finance manager Tracey Hurt.

Sydney-based managed service provider eNerds has managed the IT infrastructure for SFF for several years. To overcome this latest hurdle, eNerds suggested upgrading to Dropbox Business with Office 365 integration.

The MSP was set an ambitious two-month deadline to upgrade to Dropbox in time for the festival in June, and eNerds also faced the additional challenge of configuring the new service across over 50 devices owned by temporary festival staff.

The upgrade was run by a dedicated project management team, which included weekly communication and progress reports.

Once the migration to Dropbox was completed, it was much easier for staff to access large media files and collaborate from different sites.

To help staff with the change, eNerds ran two training sessions and provided documentation to end users. eNerds also used its Kaseya RMM tool to develop an installation procedure to run a 'silent install' on staff's devices to minimise disruption.

eNerds estimated that SFF was able to save around $20,000 by avoiding a refresh of its server infrastructure, an important outcome for a non-profit.

"Dropbox Business and the integration with Office 365 has been very effective for Sydney Film Festival. Our workforce are more connected, our staff can now share documents with ease and remote workers can collaborate on documents and files as if they were in the office," said Hurt.

"This solution has had a substantial positive impact on our productivity, it's reduced staff frustration and improved our ability to complete tasks associated with the production of our festival each year."

eNerds is a finalist in the 'Workforce Empowerment' category in the 2018 CRN Impact Awards. For a list of all finalists and further details on the awards, please head to the CRN Impact Awards hub. The awards take place during the CRN Pipeline conference. You can get more information and purchase tickets here.

Grow your software revenue by selling these 5 affordable, essential tools for the modern workplace
By Brendon Foye
Apr 10 2018
6:00AM