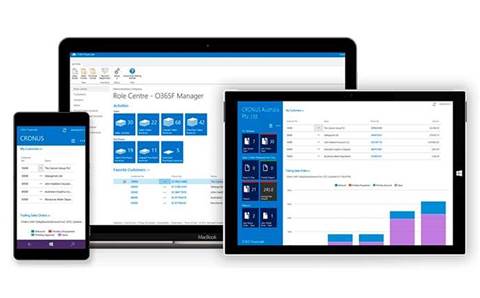 A Sydney start-up operating out of fintech hub Stone & Chalk is making waves in the cloud accounting space as it aspires to help small businesses get enterprise-level accounting functionality for a feasible price.

While Financials for Office 365 may not have a catchy ring as that of its competitor from the Land of the Long White Cloud, it is finding converts across the business spectrum.

These include not-for-profit Starlight Foundation and Sydney organic grocer Wholefoods House, which have been attracted to its products, which start at $39 a month.

The SaaS upstart, which is based on Microsoft Dynamics, has also won over Philippines carrier Skyjet Airlines.

“We give our customers the fastest flight to their dream destinations. As a young and growing business, we wanted an innovative solution that is scalable yet affordable and fast to set up,” says Bendecio.

“We also wanted to differentiate from our traditional competitors, which are still using old technology ERP systems that are expensive to purchase, implement and maintain. “

Providing staff with customer data instantly was a key consideration, he says.

“Financials for Office 365 gave us this and thanks to Xceler8 Technologies, our local implementation partner, the solution was set up in only 30 days with integrations to our airline system.”

Financials 365, as it prefers to be known, was borne out of a Microsoft project four years ago to emulate Xero’s success on its Dynamics platform, says the start-up fintech’s general manager and co-founder Joel Ramirez, an entrant in this year’s CRN Impact Awards.

“They were looking to help incubate a start-up with individuals who they believed could make it happen,” says Ramirez.

“We spun off from local Microsoft Dynamics service partner Hands-on Systems [now part of KPMG]; I transferred as staff No.1 and diversified into our own [independent] software company, operating from a separate office as we work with [competing] channel partners.”

Financials 365 is now hosted in Azure with Dynamics NAV for its software engine, he says.

“And we built [intellectual property] including localisations by country on top that makes the solution simpler to use, affordable, scalable, repeatable, and enabled customers to always be on the latest and greatest update.”

Ramirez says innovations such as a chatbot, e-learning portal and machine learning differentiate Financials 365 from competitors.

“For example, our software could say, ‘Did you know your competitors are purchasing that item for 30 percent less than what you’re paying? Contact your supplier and request a discount’.”

It’s also adding Australian Bureau of Statistics data to its dashboard to improve decision-making, and has an App Store.

One such partner is Perth-based Metisc, a Microsoft solution provider that wanted to deliver Microsoft cloud ERP solutions to SMBs (it also provides MYOB solutions).

“And with Financials for Office 365 and Microsoft providing the Dynamics platform and continuing upgrades, Metisc clients are replacing their servers, and seeing cost savings, quicker implementations with reduced risk, improved efficiency, and getting a business platform that is easier to manage in the short and long term.”

Financials 365 has two partner types: referral and services. Referral partners get revenue share while the customer continues to use the software: “The more users the customer get, the more trailing commission the partner accumulates,” says Ramirez.

Service partners keep all revenue for services they render straight to customer.

Some partners do a bit of both, “thereby realising the full benefits of our partnership”, said Ramirez, who claims more than 150 partners in Australia including Microsoft IT partners, accountants and bookkeepers.

“We are bringing the accounting channel to Microsoft.”

Financials for Office 365 is a finalist in the 'Emerging Innovator' category in the 2018 CRN Impact Awards. For a list of all finalists and further details on the awards, please head to the CRN Impact Awards hub. The awards take place during the CRN Pipeline conference. You can get more information and purchase tickets here.