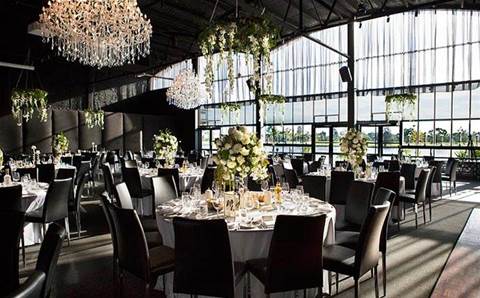 Australian Venue Co (AVC) had ambitious growth plans to more than double its already considerable portfolio of restaurants, bars and event venues around the country. This equated to around 100 new venues being acquired, at an average rate of approximately one per week.

With such a wide variety of venues being added, this created IT challenges with differing platforms and often quite complex websites.

AVC turned to managed service provider Premier Technology Solutions to devise an IT solution that would allow the company to scale at the pace it wanted to.

Its brief was for “an efficient and predictable process that could deliver reliable infrastructure and support that was cost-effective, easy to budget and available at short notice", Premier says.

Premier’s solution came in the form of a “pub in a box” IT deployment built on a new, “highly scalable cloud infrastructure platform”. It is predominately based on Hewlett Packard Enterprise and Cisco infrastructure, as well as VMware, Microsoft Windows Server and Exchange Online.

The new platform and supporting processes allow new venues to be absorbed by AVC in a day or two, rather than a week which had often been the case previously, according to Premier.

“Future expansion to cloud infrastructure is now a simple procedure, and the new pricing model provides AVC with a 25 percent or more saving on IT expenditure at their target size.”

Commenting on the new platform, AVC’s chief information officer Barry Maitland said: “Acquiring new venues used to present many challenges for us, but working with Premier has allowed us to focus on our strategic growth objectives and no longer worry about the operational logistics of deployment.”

By design the new environment is not overly complex, according to Premier. The infrastructure consists of an “an infinitely scalable core, hub and spoke architecture, multiple levels of redundancy and no single point of failure”.

New, more efficient processes were devised for tasks such as transitioning domains, certificates and DNS information.

The project was delivered on time and on budget, according to Premier, and solution has already been successfully tested with the recent acquisition of several venues. “Time, costs and disruptions related to venue migrations are at an all-time low.”

Maitland added: “Premier provides a transparent and reasonable cost model which allows us to predictably forecast IT costs ahead of acquisition. They then manage the ongoing support for venue staff and head office, further freeing up time for us to plan the way ahead.

“Premier has played a significant role in assisting AVC to achieve its ongoing rapid growth objectives. They have worked very closely with us to provide a highly flexible and scalable cloud platform for our expansion, along with agile services for onsite deployment of standardised IT infrastructure.”

For the project, Premier used its managed services model, which includes what it calls “vCIO”, effectively “a drop-in consulting and CIO service which oversaw the entire deployment process, acting as a peer and ‘plain English’ escalation point for AVC’s own CIO during project.”

Premier Technology Solutions is a finalist in the 'Modernising Infrastructure' category in the 2018 CRN Impact Awards. For a list of all finalists and further details on the awards, please head to the CRN Impact Awards hub. The awards take place during the CRN Pipeline conference. You can get more information and purchase tickets here.