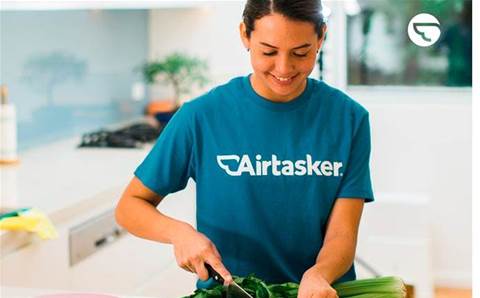 As one of Australia’s best-known startup successes, Airtasker is growing fast. It now has more than 1.7 million users – a 240 percent jump in less than a year, according to the company.

Helping that growth have been key partnerships with Coles and IKEA. Taking advantage of Airtasker’s large user base of casual workers, Coles is offering Airtaskers to do your grocery shopping for you. Even better, for those with an aversion to flat packs and allen keys, IKEA has authorised Airtasker furniture assemblers.

It’s an interesting case study of a company working with large enterprises for mutual benefit – and how the gig and traditional economies aren’t necessarily competing with one another.

However, with these partnerships and Airtasker’s phenomenal growth have come significant IT challenges.

The first requirement, like many fast-growing businesses, was to overhaul its backend infrastructure to enable the scale the company needed. The cloud was the obvious solution, so Airtasker engaged Rackspace to manage its migration to Amazon Web Services.

Another big challenge was to support the compliance requirements of those two big corporate partners – a task not suited to a lean tech company on its own.

Rackspace’s role “was to navigate and demonstrate adherence to the strict compliance rules set by Coles and IKEA", according to the infrastructure services provider.

“Both organisations have significant compliance and security requirements regarding the storing, utilisation and sharing of their customers’ data and information.

Rackspace senior director & general manager Angus Dorney said: “Due to the scale of its operations, Airtasker was not able to satisfy these requirements alone and used the rigorous network security system Rackspace has in place for the management of their AWS infrastructure to deliver against these requirements. This enabled Airtasker to pass these tests and secure two additional channel partners.”

“Airtasker can now handle large amounts of unexpected load with no downtime, in a secure and protected way, whilst responding to market requests and community needs with speed,” added Dorney.

Before the migration, “Airtasker encountered issues with traffic spikes as the company’s websites and apps would suffer major performance issues at unexpected times.”

Now there are no such issues. During the unexpected airing of a feature on Airtasker on Channel 7’s Better Homes and Gardens, the website performed flawlessly despite a huge leap in traffic of more than eight times the usual levels.

Just as important is its ability to rapidly scale. “Going from very basic to advanced capabilities in a matter of months, the development team grew by 20 engineers with deployments fully automated with infrastructure as code,” Rackspace says.

As a result, it can deploy new infrastructure “in less than 8 minutes – a task that formerly took several days.”

With Rackspace now managing its infrastructure, Airtasker’s development teams can concentrate on ambitious new projects – and the number of tasks completed each month on Airtasker has grown 50 percent in one year.

Furthermore, “Rackspace is constantly optimising the Airtasker site through updating search, scalability, algorithms and machine learning to better understand the customer and help them find jobs or tasks faster.”

The next significant growth phase will be Airtasker’s first international expansion as it launches in the UK.

“A lot of vendors are all care and no responsibility,” Keen said. “Rackspace has access to our servers and we have someone available 24/7, across the globe, to ask questions around security, database sharing across regions – all of which will become increasingly important as Airtasker looks to expand internationally.

“The whole idea is that it’s not a managed thing, but a relationship where we can go back and forth and build upon new ideas together. It’s genuinely the best project I’ve run in my career so far.”

Rackspace is a finalist in the 'Modernising Infrastructure' category in the 2018 CRN Impact Awards. For a list of all finalists and further details on the awards, please head to the CRN Impact Awards hub. The awards take place during the CRN Pipeline conference. You can get more information and purchase tickets here.