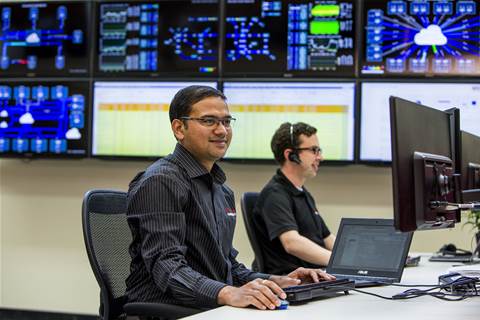 Brisbane-based Comscentre has proven dedication to its people and the development of a truly unique offering are a recipe for success.

Placing ninth in the CRN Fast50 2020, the company achieved revenue in excess of $50 million at a growth rate of 126 percent. Founder and CEO Ben Shipley told CRN the company’s secret to success was its people.

“Our people have always been our strength,” he stressed.

It is through its commitment to fostering talent that the company also developed a proprietary piece of software called One Touch Control which integrates all aspects of communication and network management to monitor, amend and manage communications and network systems.

“It provides a managed service for communications in our main three product families,” Shipley explained.

“It's a unique piece of software that's differentiated us from even the largest communications providers, we're able to give a level of transparency and a level of control back clients over the network,”

“Our network product family provides network services like SIP calling and physical connection services from all of our major vendors including what is fast becoming our biggest vendor, NBN,” Shipley said.

The second product family Comscentre has called Collaborate which integrates Cisco’s WebEx offering and Microsoft’s Teams. The third product family is IT managed services which offers 24/7 maintenance and support to customers.

The company’s most notable deal in 2020 was a contract win with Australia Post which operates the largest network in Australia. Despite COVID-19 lockdowns, Shipley revealed that Comscentre was averaging 400 sites per month in its site rollout. Ben Shipley (right) and other members of the Comscentre management team

However, Shipley explained that the company was also seeing success beyond its traditional strength in retail and was expanding into other industries.

“We have also had a number of wins, which unfortunately I'm not able to announce, but they are areas or industries like parking, hospitals, even some small government. Traditionally, we've done no government work so we're even having government clients contact us now to take advantage, really of that unique differentiator, one touch control, but also our people.”

On the vendor side, Shipley said Comscentre had always had a good relationship with Cisco and the collaboration powerhouse had been one of Comscentre’s best vendors in 2020. In addition, Comscentre has been expanding its security business and working with vendors such as Fortinet and Microsoft.

“We've got a bit of a track record in partnering with other IT resellers and that's been quite quite successful,” Shipley added.

“But I can't say that that's been the driver,” he cautioned. “I think it's the fact that we have that managed services capability with the software and the people behind it to be able to provide really a unique differentiator.”

“We are really an extension of many of our customers internal IT teams where we're basically running, managing the network, and in many cases, the network and the voice/video communication systems.”

Following recent investment into the business by a private equity firm, Shipley was bullish about further growth in 2021.

“They're looking to expand Comscentre and buy a number of other businesses, so that we're able to expand the offering outside our traditional communication space as we've always been quite specialised,” he explained.

“I think that now's a good opportunity for us to be able to leverage and grow, not just in our specialised areas, but increase in our cloud sales, both hybrid hybrid and private cloud sales and also increase desktop and a number of other services that our clients demand.

“We fundamentally see ourselves as plumbers, or IT plumbers, so to be able to complete the service offering outside of our core offering, I think will be quite an exciting change.

“And I think you will see Comscentre grow really to the next level as a true large reseller or managed service provider in Australia.”

In addition to its Brisbane headquarters, Comscentre has offices in Sydney, Melbourne, Perth and a branch office in South Australia.