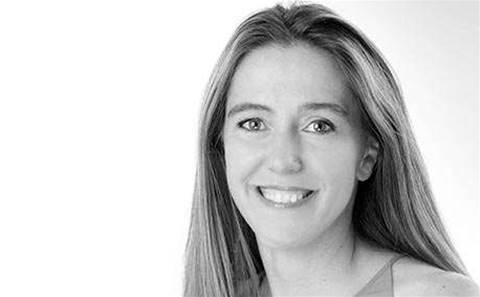 Kloud is the definition of that increasingly popular channel label: “born in the cloud”. In its short existence (having celebrated its fourth birthday last month), the company has gone national, with offices opening in Melbourne, Sydney, and Adelaide. The next step is to go international.

“We’re now in three states and I think the only states we don’t support are Western Australia and the ACT. So we’re supporting Northern Territory, Queensland, Tasmania, NSW, Victoria and South Australia,” says managing director Nicki Bowers. “We recently opened in Manila [Philippines] andwe’re trying to grow as well.”

Bowers reflected on the journey from the moment in 2010 when four people – Jamie Potter, Geoff Rohrsheim, Brendan Carius and Bowers – identified cloud computing as the start of a new era in enterprise IT.

“It started with four directors building up the business when we saw an opportunity in the market to help organisations move to the cloud,” says Bowers. “We’re all very complementary from different backgrounds. Myself, I come from a sales background at Microsoft. Brendan Carius, he’s a technical director of the business and he comes from an infrastructure background.

“Geoff Rohrsheim and Jamie Potter both ran Strategic Data Management, which they sold to DWS five years ago. Geoff’s background is more in applications – active Flash engineering – but they’ve run their own businesses for many, many years.”

Targeting the big end of town was a deliberate ploy from the start. “Traditionally, we focused at the top end. I have this theory to fish where there’s fish, and enterprise customers were the first ones to start looking at cloud. We’re now seeing more government and financial services customers moving towards cloud, so we’re now having more industry-focus around those areas. We don’t traditionally play in the small-to-medium business area.”

Kloud has since grabbed those opportunities with both hands. This year alone, the company surpassed a million seats deployed for Office 365 and bagged two Microsoft Australia Partner Awards.

“It’s been a blur, it really has,” Bowers tells CRN. “But through all this constant growing up, new and exciting developments and the new customers, we can’t forget that our first customers we had three or four years ago are still our customers today. We’re now supporting more than 150 enterprise customers. For me, every successful project is another great milestone to celebrate.”

Kloud attributes its placing the 2014 CRN Fast50 to the normalisation of cloud computing in the enterprise sector. “I think we’re seeing more mainstream adoption of cloud in enterprise customers. Originally, customers started migrating one or two workloads. Now we’re seeing customers looking at an entire data synch transformation – how do I move everything to the cloud? That’s really accelerated us as an organisation,” she says.

New offerings away from Kloud’s bread-and-butter of cloud migration also contributed to the company’s success this year.

“Our managed services is a whole new business that we’ve grown in the past 12 months. It’s gone from nothing to hero. Our security business is another one, looking at how we remove every single block from the customers to go to the cloud and providing that level of comfort through cloud security services. And Kloud Digital is giving us [user experience] capabilities in mobile development and web-based workloads,” says Bowers. “Twelve months ago we weren’t doing that.”

Although recognised as a prominent Microsoft partner, Azure isn’t the only focus. Kloud has also seen expansion of work with Amazon Web Services and Telstra in the past year.

“We’ve seen a massive spike in the lead up to the launch of Azure Australia and seeing more and more AWS workloads coming out of our customers with them coming in-country as well. Both of those have been really key to the success and the growth,” Bowers says.

“We’ve been building a stronger relationship with Telstra, too. That is, helping Telstra develop some of their offerings in the market and helping customers deploy with Telstra on to some of the Telstra platforms. They’re our real three go-to-market partners, that’s really it – Microsoft, AWS and Telstra.”

Bowers says there are no big secrets to Kloud’s business strategy. “Whether you call it a strategy or whether you call it how we go about it’ our whole thing is focusing on customers, delivering great outcomes and hiring great people, and it really is as simple as that.

“It’s delivering what we say we’re going to deliver and really have the customers interest at heart. That’s what drives our overall business strategy, focusing on the enterprise and government sector.”

In terms of the team, Bowers says they “drive a very high-performing culture, but a very customer-centric culture within the organisation”. Company culture is very important, and workers proudly adopt the moniker of ‘Kloudies’.

Bowers adds: “I see everyone in the entire business as leaders because customers look to us as leaders in cloud – leading them through their transformation as they move into or develop an application from the cloud.”

The company is also recruiting for the new Philippines branch. “We’ve got a number of customers that are very excited about having onshore-offshore capability from Kloud. We’ll still be driving most of our projects with an on-premise capability, but having that option to provide onshore-offshore rates, which is what our customers are asking for.”

Despite all the accolades in 2014, Kloud is not done yet. Bowers says that it will continue to grow organically and through acquisitions, and exciting news is on the horizon.

“There’s a lot of different areas that we’re looking at as we see customers moving to the cloud, that will all come out within the next three to six months.”