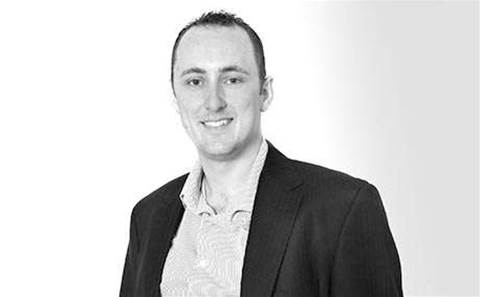 Travel expands the mind and offers a new perspective and, in the case of Nathan Franks, it was the catalyst to reset him on a whole new career path.

After leaving a comfortable job to strike out on his own, Franks says he was still stuck in the mindset of an employee.

“For the first three years I was an employee that got a pay cheque and paid off Ingram Micro. I didn’t so much run a business, I managed a job rather than run a company.”

It was a trip to the US that caused the scales to fall from his eyes and put him on the road to evolve from engineer to entrepreneur. A client flew Franks to Florida to meet with its internal IT team.

It was a revelation. “They were operating a business and doing technical work. And watching them work and how they used Kaseya and Autotask tools we realised there was a much better world,” he says.

Franks went back to the US a few months later to attend an Autotask forum. “That was the complete catalyst, it shifted everything.”

On the way home, pumped full of revolutionary ideas about running a business, Franks turned around his life. A conference presenter had switched him on to books by Ken Blanchard and Michael Gerber, Raving Fans and The E-Myth, respectively. “Due to the blessing that was jet lag I couldn’t sleep so I got through both books and started the process of change.”

The rest of the 16-hour flight was spent writing up how to turn around the business. By now an Autotask convert, Franks turned the platform from one that “collected tickets” to managing processes and projects.

“We went from entering time to managing time. We started to look at the hours in between and took very tight control of time management. We now looked at time as one of the more precious aspects of what we had.”

The other major innovation in the business has been transitioning to a project-led and sales organisation. Franks hired a project manager from the mining industry to lead growth in this area following a controversial buy-out of Arion. Franks came in over the top “at the 13th hour” and snatched the reseller out from under the nose of a rival with a cash offer of twice annual profit.

“It didn’t make me any friends but we’re not all here to hold hands and wear daisies on our heads.”

Franks sees opportunities ahead in hosted Office 365, SharePoint, Exchange and Lync implementations, but not on Azure: “Multi-tenancies have given us grief”.

“We haven’t strayed from the [Microsoft] mother ship but it’s all our data centre and licensing and
we have features they don’t have.”

7 steps to MSP success: from pricing to specialisation
By Nate Cochrane