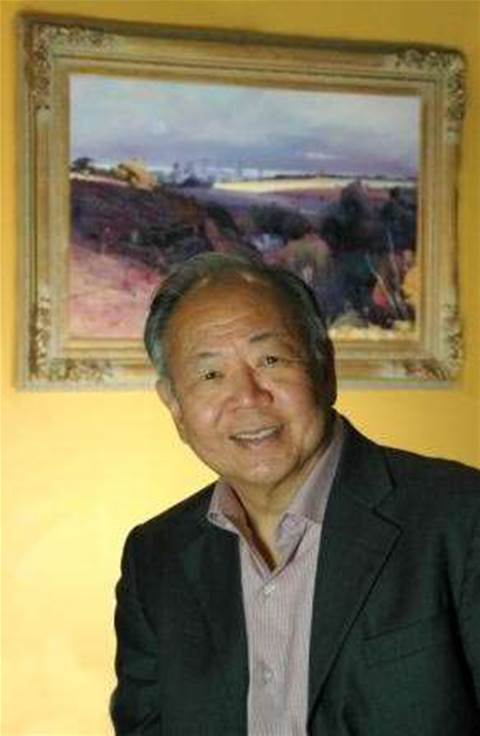 CRN: How long have you been in the industry
Aghtan: Too long. Including my tenure at Western Digital Corp (WD) in Malaysia and Singapore it would be 35 years.

CRN: What was your first job
Aghtan: My first job was with a printing company in Kuala Lumpur as a quality control trainee executive.

I started immediately after high school and only stayed for a short while. It gave me time to figure out what I really wanted to do with my life.

I came to Adelaide University soon after.

CRN: What is your history at Westan
Aghtan: I founded the company when I came back to Australia from a two-year contract with WD in 1990. Westan started off as a distributor for WD.

The first deal I made almost brought the fledging company to its knees. I brought some Shuggart AT Controllers into Australia.

At that time, the controllers for HDD was a separate card, but the market had very quickly adopted the new IDE drives, which had the controllers built into the drives. I sold two of the 200 I brought in and had to dump the rest eventually.

When Westan signed on with WD they had four distributors. We went on to become the exclusive distributor and remained so for the next five years. After that WD opened the market again and Westan took on new vendors.

CRN: You've announced your retirement. What's the first thing you will do on the first day of the rest of your life
Aghtan: Go back to the office. Unfortunately this is not one of the deals that goes like - "here is the cheque, thank you and good bye". I will be at the helm of the company for awhile yet. The roses will have to wait.

CRN: What are you most looking forward to in retirement
Aghtan: Build my house including being involved with the design and the building of it.

CRN: will be your legacy at Westan
Aghtan: I hope that my vendors, customers and employees will believe that Westan has been ethical and professional in our dealings with them.

CRN: What is your life long dream
Aghtan: It is to build a company that will outlast me. This is a key reason why I will be around for a while, make sure that the company will grow from the solid base it has now.

CRN: Do you belong to any clubs
Aghtan: None that have any major significance. A golf club which I hardly use now. I am planning to play a bit more.

CRN: What's your favourite gadget
Aghtan: Audio-video equipment. I enjoy good music and movies, preferably at home. I would like to set up high definition video conferencing equipment at home in the near future. I am sure in the not too distance future it will be commonplace.

CRN: How do you start your day
Aghtan: Go for a slow jog before a light breakfast and then off to work.

CRN: What don't you leave the house without
Aghtan: Definitely not the American Express Card - perhaps my mobile phone?

CRN; Favourite travel destination
Aghtan: Malaysia, where I came from originally.  I still have a lot of friends there. I like China a lot, maybe the pull of being Chinese. It is a very diverse country and rapidly developing. It would be ashamed not to see the way they live before they become internationalised.