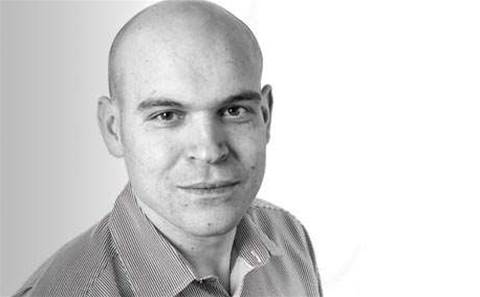 Adam Barker made the career leap that many techies stuck behind a helpdesk would love to emulate. He leapt from being employee to master of his own destiny, by refusing to take ‘no’ for an answer.

The former engineer, who cut his teeth on Novell networks for South Australian reseller Comunet, brute-forced his way into sales, then management, and eventually went on to running his own business.

“Going from engineer to managing director for the Asia-Pacific region effectively changed me completely. I went from having no responsibility, to doing all sales and marketing and then hiring a technical person to replace me.”

But Barker’s big break was recognising that Novell was dwindling as a platform. Keen to keep him on, Comunet took the unusual step to fund Barker’s ‘intra-preneurship’, founding an information security internal start-up.

Barker and Comunet amicably parted ways six years ago, but he says the security industry is exploding as organisations come to grips with mobility, the death of secure perimeters and the rise of advanced persistent threats.

Barker attributes his success to still being a techy at heart: “A couple of things that were unique is I’m not a true salesman; I still do the implementation and I’m also quite technical.”

His ability to spot disruptive technologies is SecureWare’s “secret sauce”. He says SecureWare was one of the first and biggest resellers with Ironport and Palo Alto – he just closed a $1.65 million sale of Palo Alto devices to the defence industry that he says is the biggest for the US vendor. That keen eye translates into reselling vendors such as Imperva, advanced threat prevention software FireEye and log manager Splunk. It helped drive the South Australian firm towards the $3 million-mark for the 2012-13 financial year.

But Barker saw the limitations of being a sole operator and hired Alex Nehmy – formerly at Adelaide University and KPMG – as technical security manager to build the business.

“Alex has a very complementary skillset to myself and has very strong security and risk assessment skills,” Barker says. “I’m very strong on the product side and Alex understands pen [penetration] testing. Now we do both ends.”

But his prescience often puts him ahead of his clients, he says. In the case of Splunk, which can ingest any log file, Barker often has to know his customers’ businesses better than they in order to find openings for the product in unusual ways.

“Splunk is really cool; we love it and it’s going to transform our business. The use cases are endless.” Barker used Splunk to help Adelaide University plan the size of rooms in its new maths department through security camera surveillance and Wi-Fi access logs.

“We seem to be on the other side of the curve and our customers haven’t caught up yet. We can look at the data sources but at the end of the day the customer needs to think about what they want,” says Barker.