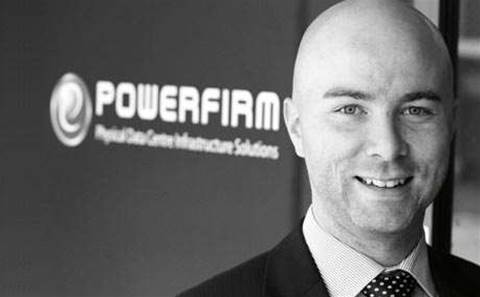 Ask any small business: it is an uphill battle to spark interest from an out-sized vendor – even one you helped to gain a foothold in the market.

So when freshly minted sales and operations manager Brendan Dunne joined Powerfirm in 2010, it wasn’t long before he set about reinvigorating a tired online sales channel. Dunne recast the e-commerce site on a new platform and implemented search engine optimisation to lure Google customers. While online accounts directly for 10 percent of sales of uninterruptible power supply systems for the reseller, it has also fuelled an omni-channel renaissance that Dunne projects will double revenue in the next financial year.

Reimagining and redoubling its online commitment has reconnected Powerfirm with major vendor APC by Schneider Electric, which the reseller helped to kick-start in Australia at the turn of the millennium, Dunne says.

“We’ve shown the vendor that Powerfirm is a strong player in the online market; we’re the only online reseller in Australia,” Dunne says.

“We get fantastic leads through [the website], so it’s like having a 24/7 salesman putting our brand out there.”

Dunne says this led to Powerfirm and APC collaborating on a $250,000 deal with the federal government, which cemented their relationship.

“Powerfirm wasn’t on APC’s radar but now we’re seen as one of the big players like Dell, DiData and Data#3. We started getting the direct marketing funds, which is quite rare for Schneider to give the reseller – it normally filters through the distributor. We were quite surprised.”

And online helps Powerfirm serve SOHO and SME customers that competitors either won’t or can’t serve, he says.

But as much as online technologies are a blessing, they cause their own dislocation. The trend for businesses to shift their IT from on-premises to public cloud or co-location in data centres (‘collo’) means Powerfirm is looking elsewhere for growth.

“So instead of losing those [on-premises] customers we’re looking at selling hardware within the collo, building relationships with those [data centre] providers and then we sell in that space with the APC solution,” says Dunne.

And in the case of hybrid cloud and smaller business, single-rack sales of UPS are still buoyant, he says. “The products we see picking up in our UPS range are redundant solutions where businesses are realising the criticality of what their UPS is supporting,” Dunne says. “A lot of the time the UPS is forgotten until the red light comes on or everything is shut down.”

In a common refrain over the past five years from CRN Fast50 listers, Powerfirm sees opportunities in services and annuities. It pegs its future to APC’s StruxureWare, a suite of software to manage the power and conditioning of data centres.

A selling point is the ease with which IT managers control their data centres – even through their smartphones, he says. Powerfirm has completed a rollout that includes 50 sites in Australia and New Zealand.

“With these solutions, they’re able to reboot and do these tasks that internal IT support were doing, and they can do these even when outside the office.”

Powerfirm is now looking ahead to release its own brand of energy-efficient LED lights, expand its maintenance contracts, and form its own team of sparkies to do electrical installs.