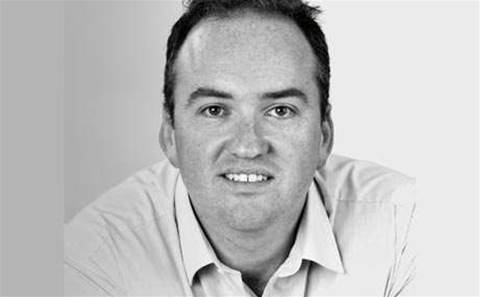 Were Loryan Strant to have founded Paradyne at the turn of the century, he would have had a good business installing the shiny new Windows XP along with Microsoft’s Office productivity suite on desktop PCs. He would have had a raging trade in Windows 2000 Server and Microsoft Small Business Server and good services revenue from installing networks.

But Paradyne was born of the cloud era when selling tin and packaged software is in decline and resellers need to reinvent themselves for services and annuities.

It’s testament to how much Microsoft has changed over the past decade that resellers such as Strant are still wedded to it.

Paradyne’s solutions accrete almost exclusively around Microsoft: Office 365, SharePoint, Azure and Surface Pro. To this, Paradyne adds point solutions such as US vendor Centrify’s identity services, which it brought down under.

“We’re seeing organisations dipping their toe in the water with something as simple as a mail migration and coming back to deploy SharePoint or Azure,” Strant says. It’s not long before the entire Microsoft stack including Dynamics and Intune “goes along for the ride”.

Microsoft has also helped Paradyne beat out Google’s free productivity suite, says Strant. And in August, Paradyne migrated 250,000 users from Microsoft’s Live@Edu to Office 365. Strant estimates Paradyne has about 400,000 Microsoft user accounts – most of those activated in the past year.

“This year has seen the nature of our customer base increase. Where Paradyne started with customers of less than 12 users now we’re serving enterprise customers as well.”

An example was how Paradyne recently beat out DiData to a 9,000-user customer, he says.

Paradyne is also offering its own award-winning intellectual property – Office 365 Deployment Accelerator – to differentiate itself in an often-commoditised field. It’s been a fillip for partner Telstra, which brings Paradyne clients with trickier needs. “I had people come up and say I’m interested in reselling [Deployment Accelerator] and I said no thanks.”

Strant draws a distinction between speeding Office 365 deployment and putting it on autopilot.

“It’s a methodology and workflow based around common Office 365 deployment scenarios we see every day that allows us to work on more deployments simultaneously. A lot of the time there’ll be a quirk to the project that requires manual intervention and for that reason it’s not possible to have one engine do end to end.”

Strant’s growing personal profile is another indicator that reselling has changed. Although he shrugs off suggestions of being a “celebrity reseller”, he acknowledges the benefits of being a high-profile international speaker and technology evangelist.

Paradyne is already taking on remote work for international organisations and he sees this growing next year – by licensing Paradyne’s brand.

But he sees dark clouds on the horizon for recalcitrant resellers.

“I look at the fact that people go straight to the Microsoft store and buy what they want, so where’s the margin for resellers?”

Strant says changing channel relationships invoked by cloud and mobile device revolutions make it harder for the channel to survive.