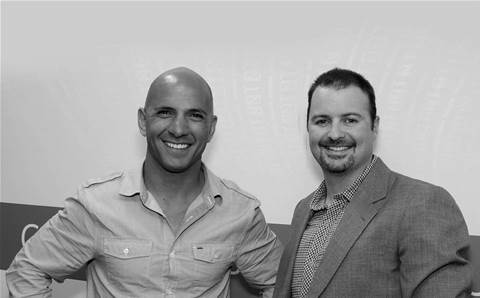 Three times in the top 10 in three years. NGage Technology Group is starting to feel like part of the CRN Fast50 furniture. The Melbourne-based reseller was crowned No.1 in 2013 then a second-place finish in 2014. This year, 104.9 percent growth was enough for No.9 position. A hat trick of top tens is not to be sneezed at.

The company’s services arm has been the start performer, almost quadrupling in size. The growth of the services business has helped counter plateauing on the hardware.

The company was founded in 2011 by Bloomfield – a former Southern Cross Computer Systems sales executive – and Brent Valle – former regional sales manager for IT Xchange. Over its short lifespan, NGage Technology Group has shifted its focus from hardware and software procurement to more of a niche managed services play.

One of the more successful solutions introduced this year was FlashTAP, a 300TB managed Pure Storage flash array billed on a “pay-as-you-grow” basis. NGage was the first local partner to sign up with Pure Storage two years ago, and now counts the fast-growing vendor as its top partner over Lenovo.

“If you look at the way IT is shifting, it’s going from heavy capital purchase and shifting towards operational expenses as cloud and software-as-a-service enter the market. Customers are looking more towards a pay-as-you-go strategy. We saw Pure’s technology as a leader in the all-flash space, and we knew early on that disk wasn’t going to be around forever.”

Four years of success has allowed NGage to move into a new office in south-east Melbourne fitted with the most important mainstay for any tech company: table tennis. It’s not all play, of course – the new office has also allowed for productive endeavours such as a new technology testing lab. The ability to put new vendor solutions through their paces will help NGage stay ahead of the curve.

“We look for vendors that bring something innovative to the market and are willing to invest and grow with us,” says Bloomfield. “We need something a bit out of leftfield, someone with awesome technology. Being such a young company, customers want to see us innovate.”

Behind all of the new solutions, innovations and revenue numbers, Bloomfield doesn’t want to downplay the importance of the company’s culture. “We’ve been investing in good talent and the ability to train good talent internally. We’re doing things a bit differently while working with world-class innovators. We’re still working out the next five-year strategy, but the goals are to work with customers, enhance business experience while developing our staff and making them better people.”