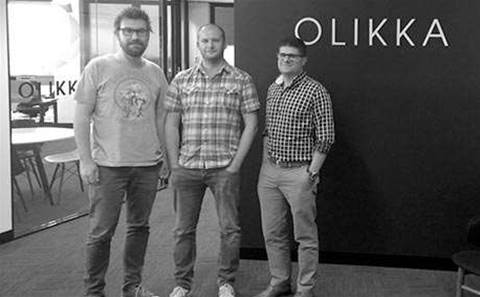 As a rule of thumb, it gets harder to grow in terms of a percentage as a company gets bigger. Yet this is what Melbourne systems integrator Olikka did this year, lifting its game from 67 percent growth in last year’s Fast50 to 93 percent in 2013-14. (By sheer coincidence, the Melbourne outfit has landed in ninth spot two years in a row.)

Breaking from the norm is part of Olikka’s philosophy – its company name is actually the Swedish word for “different”. Modestly, co-founder Michael Pascoe says it “didn’t feel like a blazing growth year”, pointing to a stabilisation and focus on the plumbing of the business such as sales, utilisation and efficiency.

“It felt like good solid increase and business-strengthening year. We’re still young so we have a lot of growth potential in front of us. We don’t have a super-high base to double, so let’s be a little modest for a second.

“If I look at 2014, we had our targets [to double revenue] but we weren’t bloody-minded about it. We weren’t growing for the sake of growing, to do it at all costs. The secret for us is we just focus on doing good work for people,” adds Pascoe.

The company was founded by former Dimension Data technicians, so it has a solid technology heritage. This year, the founders layered “business maturity” over the top, with a sound approach to effective project management, he says.

Unlike big consulting firms, Olikka doesn’t have any secret sauce methodology it uses to bamboozle clients or shoehorn inputs to churn out answers. Pascoe says Olikka’s approach is different and simpler.

“What we do differently to other system integrators is those customer relationship owners in the sales team are very tied with our delivery teams. They’re very close. I think that’s different. They’re not sitting on a different floor and saying they have to just focus on selling and that’s it; they’re very much aware of how a project is going. They’re in a constant feedback loop.”

“One of the drivers was to involve customers more, to invite customers into conversations via Yammer.”

Olikka has taken on more customers, mostly referrals by word of mouth and extended relationships.

“We did mature in our understanding of sales. We hired new people so they brought relationships with them. In many ways, we’re doing it old-school, not lots of marketing spend and EDMs, but it’s through genuine connections that people are happy to promote us through their networks.”

Olikka also expanded its offerings this year, branching out more into cloud solutions, an area of strength Pascoe is keen to expand next year. Again living up to the mantle of being different, while most resellers start in the cloud with software-as-a-service, as an infrastructure provider Olikka is now looking to add cloud productivity software.

“A lot of resellers had to go to Office 365 because they had to, they were following Exchange. Our move is coming from a different perspective.

“We were focusing on making sure our customers can provide their users access to data and communications so they can be productive [on virtual desktops]. We’re doing it not because we had to but because it truly makes sense to customers.”