A lifeline for drowning clients 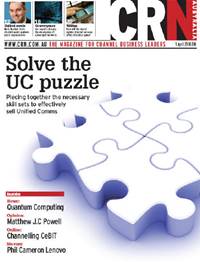 This article appeared in the 1 April, 2008 issue of CRN magazine. 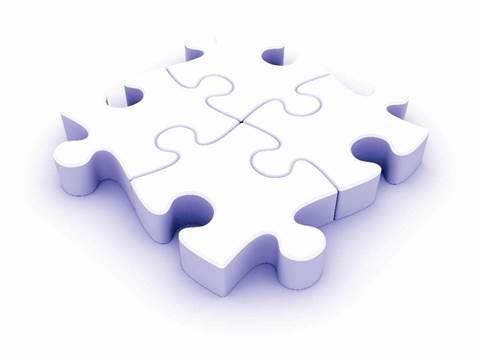 Page 1 of 4  |  Single page
Many businesses are drowning in a sea of phone calls, faxes, emails and other newfangled lines of communication, but Unified Communications offers the channel an opportunity to throw customers a lifeline.

At its simplest, UC aims to integrate all of a business’ various communications channels into one seamless experience. It’s the convenience of checking your email from your phone, your phone messages from your computer or your faxes over the web. Building on Voice over IP and the concept of presence – both made popular by free instant messaging applications – a Unified Messaging system can assess your availability before deciding how to handle incoming messaging.

The goal of UC is to improve productivity by ensuring people spend less time juggling devices and playing phone tag, leaving more time to get things done. One of the key benefits of UC in the office environment is the ease with which users can seamlessly switch between modes of communication.

This melding of communications also ties in with another great Work 2.0 buzz word; collaboration. It offers the flexibility of easily creating conference calls on the fly – switching mid-conversation between voice, video, instant messaging and virtual whiteboards depending on what best suits the situation. Such functionality can then be integrated into existing applications and business processes.

UC is a tailored suite of services tied together to fit in with the way a business works. As such, until recently UC has been in the domain of traditional VoIP providers such as networking behemoth Cisco and voice giant Avaya. Practically every vendor that once lived off the fat of the networking or PABX markets now has a VoIP and UC offering.

IT players have recently joined the fray, with Microsoft launching Office Communications Server 2007 late last year to tie in with its collaboration tools such as Office, Exchange and Sharepoint. Big Blue has also thrown its hat in the ring, with IBM rolling out Lotus Sametime to win a share of the UC market.

Both the voice and data sides of the VoIP market traditionally work with the channel to reach customers but, as dial tone becomes a commodity, the big telecommunications carriers have also realised the importance of UC in maintaining their margins.

Telcos already have a direct relationship with businesses and these carriers may be looking to squeeze out the channel as they chase a slice of the UC pie, warns Gartner’s research vice president for enterprise communications applications Geoff Johnson.

“Carriers are suffering 10 percent per year voice revenue declines and they need new lines of business – mobility, broadband and value-added services on top of that,” Johnson said. “All the carriers – whether regional, national or global – are pretty keen about having a UC solution, otherwise they’re just going to end up with commoditised services – big, fat, dumb pipes and no margins.”

It’s not just local telcos after a slice of the UC pie. The business arm of US telco giant Verizon is looking to expand its offerings in Australia in 2008, providing a UC solution to build on the Australian VoIP service it launched last year. Verizon Business is investing heavily in Australia to build an inter-capital fibre optic – to support the new services focusing on collaboration, mobility and security. The channel won’t get a taste of the action because Verizon Business deals directly with its end customers.

At the same time, the channel also faces a threat from small, nimble players rising up from the consumer space to target SMEs with pre-packaged UC solutions. Consumer VoIP providers such as MyNetFone are branching into business-focused mobility and UC, said MyNetFone technical director Rene Sugo.

“We’ve had a lot of interest from our business customers in the ability to divert internal calls to a mobile device,” Sugo said. “One warehouse has four VoIP lines with each forwarding from a manager’s desktop phone to WiFi phone so when they’re on the floor they can pick up calls without diverting to mobile. They were spending a fortune on mobile calls until our sales guys suggested this to them.”

Sugo said the real benefits for businesses will come from workgroup-based features – touting functionality previously only available to large corporates from voice specialists.

This article appeared in the 1 April, 2008 issue of CRN magazine. Subscribe now