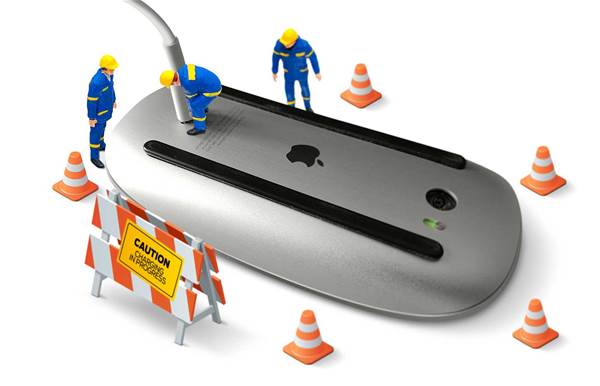 COMMENT  |  You may have heard the news recently that Apple was fined nine million Australian dollars over the “Error 53” brouhaha, in which customers were told (falsely) that getting their iPhones and iPads repaired by anyone other than Apple voided their warranty, removed their rights as consumers and forfeited their first-born children to Cupertino (it’s there in the fine print!).

We now understand, of course, that this is not the case, and a competent repair conducted by a third-party service provider does not void a warranty. Fines are to be paid, customers compensated and families reunited. It’s a happy story all round.

Of course this is not the first time that Apple has been handed a financial penalty. In fact, it’s one of the more trivial ones, in the grand Apple-shaped scheme of things. A couple of years ago Apple lost a patent dispute with the University of Wisconsin over certain features of the processors in iPhones and faced penalties totalling nearly US$1 billion.

More recently than that, the sweet tax deal Apple had with the government of Ireland saw it slammed with a fine by the European Union worth €13 billion. I don’t know about you, but that’s more than I make in an entire week.

Nine million Australian dollars starts to look like petty cash, doesn’t it? Shake out the cushions of Tim Cook’s sofa you’d probably find that, along with about 12 Apple TV remotes.

More importantly, the $9 million fine came with a declaration by the ACCC that the use of competent third-party repairers does not void Apple’s warranties. That is a victory for consumers, as it gives them the option of shopping around for competitive prices and better-located repairers rather than having to travel to the nearest Apple Store and pay the Apple Price.

It’s also a victory for the channel, which has been squeezed harder and harder into smaller and smaller niches of the Apple ecosystem ever since Apple retail stores opened in Australia. It’s not a huge victory — iPhone screen repair is still a niche — but it means there’s a space in the walled garden where Apple has to let others play. A win is a win and we’ll take it.

But while we’re penalising Apple for its many transgressions, I suspect there are a few more that ought to be addressed. For instance, imagine that you are a person with only one AppleID — the way Apple wants you to be. Imagine that you use that AppleID for purchases from the iTunes Store as well as for email and iCloud storage and everything. Good little citizen, you.

Now imagine that you have an older-style Apple TV — the second or third generation. If you implement two-factor authentication on your iCloud account, as Apple wants you to do to protect your confidential emails and valuable whatnot in your iCloud storage, you will need to enter a code in order to log in to the iTunes Store on your Apple TV.

The code is six digits long.

The Apple TV interface gives you four spaces to put the digits in.

Your only solution is to deactivate two-factor authentication, which will mean changing your password. If you want that sweet sweet two-factor protection for all your naughty selfies in iCloud, you need to buy a newer Apple TV. Apple will not update the software on older Apple TVs to allow six-digit codes to be entered.

Surely that’s worth a fine?

Or how about the current Magic Mouse, with the inbuilt rechargeable battery? No need (or possibility) to buy third-party rechargeables anymore. When it’s out of juice just plug it in and away you go.

No, really, away you go. Go away. The port for charging is not on the end of the mouse — like, you know, where the cable of every wired mouse ever made has ever been positioned. No, the design geniuses in Cupertino put the port on the bottom of the mouse, so that while it’s charging it can’t be placed flat on a desk. So that it can’t be used.

Hope your battery runs out at a time when you can afford to go get a sandwich or a cup of tea, because you are not getting any work done.

Enforced lack of productivity has to be punishable, right?

Nine million ought to cover it.