Adactin is ready to burst out of Sydney 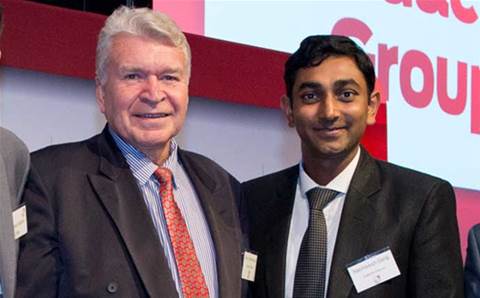 At a time when it seems like every company wants to become a software company, how do they make sure those apps actually work? Enter Adactin, a software testing firm based in Parramatta that has turned this market into rampant growth.

The company, which is led by chief executive Navneesh Garg, was founded in 2011 and found its niche in Sydney as a dedicated software tester, working with partners and customers, particularly state government departments.

After Adactin grew its revenue to $3.7 million last year (an increase of 138 percent) director Garry Scarborough said the company was close to triple-figure growth again in 2017.

“Sometimes I’m a bit cynical and I think ‘is this real?’ because it seems too good to be true, but it is real,” he says. “Because we’re still small, there’s not a lot of bureaucracy or politics. Some of the big companies have an awful lot of politics. We just don’t have time, we just go out and win deals.”

Adactin’s line of services has grown beyond software testing to include outsourced software development, nearshoring services and training. The expanded services offering has allowed Adactin to convert what would typically be short-term testing contracts into long-term deals with both testers and developers working onsite. Adactin does this by offering incentives to customers to keep staff working on longer projects.

“We’ve expanded our line of business so as soon as we supply testers, people ask for developers for Java or Microsoft .NET so it’s not just more testing, our services go broader with the same customers,” says Scarborough.

“That includes business analysts, project managers, database analysts, even infrastructure engineers.  That typically comes from customers that know us. We don’t go out and sell Java developers to brand new customers. Typically customers know us and they like us, so they come to us.”

As with many fast-growing companies, Adactin’s biggest challenge is managing growth and finding quality staff, which will be important as the company eyes expansions into Melbourne, Brisbane and New Zealand.

Looking ahead, Adactin is getting more work in security and mobility testing off the back of a slate of high-profile cyber attacks in recent years. The company also picked up big customer wins with Telstra Health and the Office of State Revenue. Automated testing is another new area where Scarborough sees as a market trend.

“We did a recent government department where we tested 18 different configurations. They wanted Android phones, iOS, iPhones, iPads, and there was different hardware and operating systems. We had to make sure all those configurations could access the mobile version of the website.”