Advent One: Skills help us stand out in the market 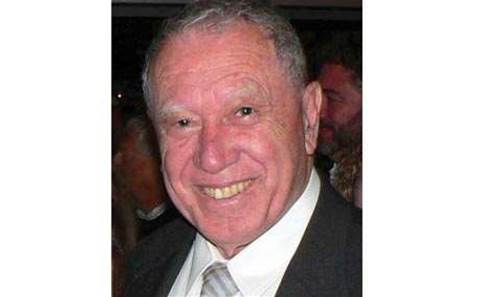 Training is a priority at Advent One, one of the fastest-growing IT companies in Australia, which made the CRN Fast50 last November for the fifth year in a row.

“We hire people with the right skills today but they won’t have the right skills in six months’ time in terms of their ability to adapt to new products,” Bassat says. “The products are evolving so fast that yesterday’s skills are obsolete six months to eight months from now.”

Because Advent One has a primary relationship with IBM, most of the salespeople and consultants would be attending IBM courses. But there are other vendor courses, too.

“We attend a lot of vendor courses; education is a major expense for us,” he says.

“Sometimes you have to do several courses before you get certified but for a company our size, we are overweight on certifications. We have a lot of certifications. We always have people away on a course, or doing exams. Our consultants go to courses and some of our sales reps go to courses from the various vendors because you have to be certified to sell a particular product.“

The company is rigorous about what certifications are needed.

None of this, he says, is done through performance appraisals; it’s not that kind of company.

“It’s a conversation we have in the corridors. One person maintains a schedule of certifications and they all have access to it. It’s also on our internal web. Or they come to us and say they want to get skilled in certain areas.”

Part of this, he says, is very much connected to the culture of Advent One. Most of the employees own the company. Anyone who has been there for 18 months is offered shares, an offer they invariably take up. So training is important because it’s their company, they need the skills to make it stand out in the market.

“They don’t think like ‘this is what my boss wants me to do’,” Bassat says. “They think about what needs to be done. Our people are stakeholders rather than employees so they are just as motivated to do the right thing as management would be in another company.

“Sometimes there is a bit of grumbling because they have been busy and suddenly they have to do it next week or the week after and there is a short timeframe. But we know our people. It’s not such a huge company. We have conversations, informal and formal. It has not been a problem.”

Part of the ethos and drive to constant training is also connected to the company’s recruitment strategy. “Eighty or 90 percent of our recruitment is done with people we already know. Most of the people we hire into the company are people who someone in the company knows. We don’t get too many surprises.

“And, if anything, people have an objective to develop themselves and get better. We don’t stop them from going to courses, only their workload does,” adds Bassat.

A strong, but informal, mentoring program is also in place. As fellow shareholders, employees are committed to it.

“We like to think we have the best consultants in the field we operate in and there is a lot of informal mentoring,” Bassat says.

“People turn to people who have done it before or know how to do it. We have a very good informal system. People help each other. They don’t have to be directed to do so.

“Our company is owned by the employees so basically employees see mentoring as part of their ownership of the company, it’s part of the culture. And as you know, the IT industry is full of new products coming in every day and people know that if Joe installed something last week, they’ll go and ask him for help. There’s no management of that, it’s just happening all the time.”