After decades of reselling Avaya, UPTI's Darren Jansz looks to compete with it through the Yabbit UC platform 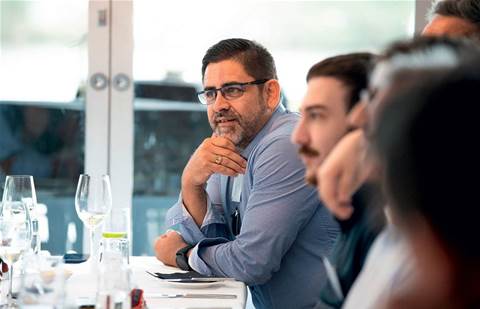 The Australian IT channel has seen its fair share of technology companies that have been formed within the walls of resellers and distributors, usually commercialising an internally developed solution that was initially meant for a client or to improve their own operations.

Darren Jansz, who had been operating Avaya reseller firms in Queensland for some decades, has now joined that group, but has gone in a different direction.

Yabbit is being positioned to compete against Avaya, with Jansz selling off his Avaya reseller business IPVS to Convergecom.

“I’m building a community of business owners that were selling Avaya that now want to sell Yabbit and bill it themselves.”

Jansz said Yabbit came about after Avaya ended sales of its Powered By Avaya IP Office in early 2020, which forced him to find an alternative elsewhere. IPVS at the time had sold some 3000 seats for the product range before Avaya’s announcement.

Jansz then decided to pivot to go all-cloud on his own, and after meeting with Netsapiens at a US trade show, he bought the system while the COVID-19 pandemic started to hit Australia and started building up Yabbit.

“[Netsapiens] seems to have the best and the most pedigree - they’ve been operating for 18 years and are ahead of the curve with 1 million users in early 2020, and have since doubled to 2 million at the end of 2020,” Jansz said.

“Avaya asked when we could bring the [Yabbit] clients over to Avaya cloud office, but I refused because if I do that, my business closes,” Jansz said. “So out of nowhere, [Avaya] cancelled my reseller agreement with 30 days notice.”

Avaya provided the following statement to CRN on Jansz' allegations:

“Avaya has followed our legal contract terms with IPVS, which led to the cessation of the agreement between our companies.”

Jansz eventually ended up selling IPVS and turned its billing subsidiary UPTI, or Live Communications, an independent software vendor with Yabbit’s as the flagship product.

Yabbit currently has four dealers across Queensland, and UPTI is looking to ramp up its reseller network over the next few months. The company also recently brought in seasoned telco executive Chris McMahon as chief information officer, where he is tasked to develop and implement UPTI’s IT strategy.

Drawing from his experience, Jansz said he is now looking to connect dealers and partners to empower them to “take back their businesses” and follow the “why” in their decision to go into business.

“One of the things that came to me after what happened with Avaya, I decided I wanted to build a community,” he said.

Grow your software revenue by selling these 5 affordable, essential tools for the modern workplace
By Nico Arboleda
Feb 7 2022
6:55AM