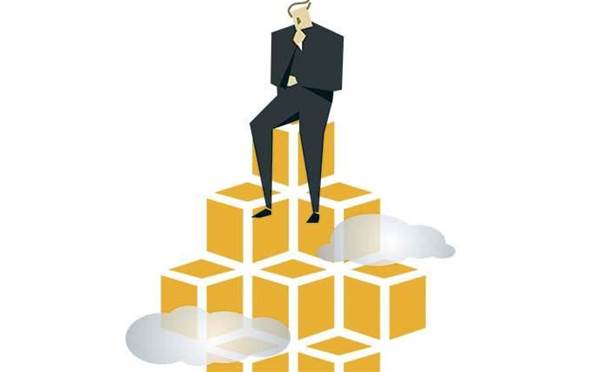 COMMENT  |  The stats earlier the year told us what we already knew. Despite Microsoft’s surge from a rapidly maturing Azure, Amazon Web Services is still wiping the floor in market share for cloud infrastructure services.

Synergy Research Group estimates that AWS holds 31 percent: more than Microsoft, IBM, Google and Salesforce – the next four largest competitors – combined. And it’s growing at a remarkable 61 percent. That may be only half as fast as Microsoft and Google, but they are coming off much smaller bases (9 percent and 4 percent, respectively). AWS is growing faster than IBM and Salesforce (7 percent and 4 percent, respectively).

Ask someone in the channel to guess the reason for AWS’ runaway success and they’re likely to point to the company’s ability to recruit the brightest and hungriest talents. The parent company has a reputation for finding the best, working them hard, then disposing of them after two years to find younger, even hungrier, employees.

This is not necessarily seen as a positive. “The company is conducting an experiment in how far it can push white-collar workers to get them to achieve its ever-expanding ambitions,” The New York Times wrote in a bruising expose.

There is also the take-no-prisoners approach to growth. For many years analysts assumed the juggernaut was operating at a loss because of the sheer quantity of cash AWS was pumping into data centres and staff. It was a surprise when Amazon first revealed the earnings for its cloud subsidiary in 2015 and the world saw it was a US$5 billion business – and profitable.

Though growth remains the highest priority. After making US$22.7 billion in Q1 2015, Amazon reported a US$57 million loss.

There have been plenty of companies that have paid top dollar for the smartest people and have enormous war chests to boot. (Google? Microsoft? IBM?) A conversation last week at an ‘innovation breakfast’ in Sydney hinted at another reason behind AWS’ sustained advantage. Attending the breakfast were senior executives from half a dozen enterprises and an equal number of digital strategy consultants, discussing how to ensure innovation projects spread throughout a company and got a high ROI.

The conversation swung to innovation in service delivery, and one exec shared an outstanding experience. Qantas spends more than $5 million a month with AWS, running 80 applications throughout the business. A Qantas executive at the breakfast said he received a call from the Amazon account manager, who told him, “Your bill is too high.”

“The AWS guy then said, ‘You don’t need that, change this and this, and we’ll give you that for free,’ ” the Qantas exec said. The monthly bill was substantially lower at the end of the call. The Qantas man, in disbelief, asked the AWS sales manager why he had just slashed his employer’s revenue from a major client.

His answer shows that AWS not only hires well and spends big, but also understands customer service like no other cloud infrastructure player in the market. “The sales guy said, ‘My KPI is how much I improved your performance and how much money you saved.’”

The table rang with exclamations, as a senior exec at the University of NSW confirmed the strategy. “Amazon called UNSW and said, ‘You’re spending too much, let’s work out how to reduce the number of instances,’ ” the exec said. As one of the digital strategists pointed out, you can’t buy marketing like that.

(This breakfast love-in was not extended to AWS’ competitors. Only Google was mentioned, and with a lot less enthusiasm. “Google are like Amazon but with no customer service. All the IBM salespeople have moved there.”)

You don’t have to be running a cloud infrastructure business or turning over US$22 billion a quarter to follow a similar strategy in your sales team. Referrals or word of mouth are always the most effective form of marketing, because your customers are, in effect, selling for you. People will always trust their peers over a billboard, no matter how much you spend on the campaign.

Why not try this with your best client? If you want to get several more of the same size, experiment by over-servicing them to the point where they bring you up in general conversation.

Customers expect good service. When you push that service into the exceptional, then your marketing starts to take care of itself.