Amid the hype, is IoT really a red herring? 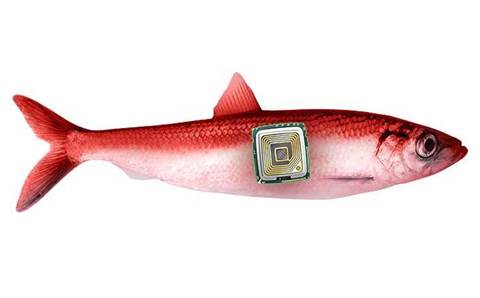 From climate data collected by sensors on deep-diving seals to salinity data for regulating oyster harvests, Australians are getting their feet wet in the ‘internet of things’. But while pilot projects abound, IoT’s uptake is hampered by non-interoperable platforms and a lack of crisp business cases, especially for small- to mid-sized business.

Australia’s chronically low R&D investment is a culprit, as is a mentality that prioritises operations over innovation. A 2014 Telsyte survey of 300 Australian organisations found fewer than 4 percent had mature IoT practices. It also found only half that number – a mere handful – of SMEs had mature IoT.

“While early adopters are reaping significant benefits in reduced costs, boosted revenues and productivity and improved customer service, almost half of Australian organisations have yet to recognise the immense opportunity that IoT represents,” concludes Telsyte’s report for Microsoft.

The inability to articulate business benefit and lack of an IoT killer app is a stumbling block. It doesn’t help that the ‘IoT’ buzzword is slapped anywhere that devices connect to a network. So what is IoT, and how is different to similar, earlier machine‑to‑machine (M2M) or Scada (Supervisory Control and Data Acquisition) solutions?

As a starting point, IoT is often:

Open Should be interoperable (but often not)

Automatic Smart networks that are autonomous

Scaled Devices are now tiny while networks of nodes blossom

Transformational Although it opens new modes of business, trusted technology partners must collaborate with customers to develop ideas.

“IoT has been around for a long time – it’s a new label for an old thing. Devices and CPUs are becoming cheaper and it’s becoming easier to manufacture products in small quantities, so it’s finding niches because you don’t have to mass-produce millions of devices,” says Maclean, founder of Class Software.

“There’s a lot happening in hobbyist and small business spaces because it’s easy for someone to take off-the-shelf components, plug them together and create a product. It’s easier to prototype using 3D printers and laser cutters; you can create something in a few hours and put it in front of someone to see how it works.”

Open source software and hardware – plus cheap, low-power platforms such as Arduino, Raspberry Pi and Intel’s Edison – are gaining. Mclean points to the Arduino-based Pebble smartwatch as an example of what’s possible.

“Arduino has a huge community, is low-cost and easy to prototype. You can put together something in a few hours and get a prototype working,” Maclean says., while warning  that security concerns dog IoT networks. And despite a lot of people investigating IoT, “there are not a lot of people rolling it out at scale”, except in mining.

If you’re looking for evidence of IoT’s lack of maturity in Australia, the difficulty in finding tangible case studies of local IoT projects for this article should serve as evidence. But while few, the handful of Australian examples show what is possible.

Brisbane integrator Mexia is working with researchers on two top-secret opportunities to bring IoT to consumers through a managed service. While officially shtum on details, Dean Robertson, founder of the Microsoft IoT partner, says field forces to manage potentially millions of sensors are a challenge for IT partners. “There will be aggregator services that will provide those field force that will be separate from the company that stands up the backend and data.”

“The seal dives down and sensors takes measurements at different depths and, because they’re mammals, they return to the surface to breathe. That’s the perfect opportunity to transmit their data to a satellite,” Dr Blain says. “They’re also excellent near the sea ice; some of our mechanical platforms get stuck under the ice, but the seals are smart.”

Seal-sensor data is collected in an Amazon Web Services array, checked for conformity, catalogued and visualised, before it is hosted on web services such as IMOS’s portal. IMOS has collected 130TB of public data in 50 million files compatible with the Open Geospatial Consortium standards. Dr Blain says IMOS data has contributed to “thousands of publications” in the past 10 years.

“We go to a lot of trouble to make the data easy to access,” he says. “What’s challenging to us is the heterogeneity of the data; data off a seal is different to a satellite; every single sensor is different. The contents of [tens of millions of] data files is complicated and requires fancy mathematical processing. A big part of the job is making [data] useable and discoverable.”

What IMOS shows is that partners add most value by helping customers make sense of their IoT data.

Agribusiness start-up The Yield, which has $2.5 million funding from German equipment maker Bosch, uses real-time responses to environmental conditions to save farmers millions of dollars. For instance, oyster farmers can’t harvest in weather that shut them down for 80 days a year, says The Yield co-founder Ros Harvey. That’s $10,000 a day in lost productivity, she says.

The Yield, which partners with Microsoft and Intel, will sell growers a turnkey subscription service but insights are its core value proposition.

The business is about using data to add smarts to predict local climate conditions that impact production using an algorithm the company has patented, Harvey says. “To make IoT work in the real world, there are so many layers… there’s enormous variability of sensors and reliability of data.” Salinity sensors must be accurate to five parts per thousand and be completely reliable to pass regulator approval, she says.

Harvey points to the user interface as a critical value-add for partners. A paddock-to-plate IoT system can create opportunities for premium foods and greater productivity. Harvey estimates Australia must lift production 70 percent by 2050 even as climate change and water shortages shrink arable land, so growers must be smarter to avoid the coming food production crunch.

“We’re an open economy constrained on land and water by high wages, so Australian growers have to be innovative and productive – and that’s where technology adds value,” she says.

Microsoft says its Azure IoT hub is an “easy and secure way to connect, provision and manage billions of IoT devices sending and receiving trillions of messages a month”. It bridges customer devices to the cloud where device-generated data is stored and analysed. Microsoft also promotes its hub’s integration with other Azure services such as machine learning and streaming analytics. NEC, Dell and HPE have signed on to Azure.

To be effective, IoT projects must solve business problems. In one example, Microsoft partner MOQdigital helped engineering firm Laing O’Rourke link hardhats that detect sweat and shocks to Azure to determine if a construction worker was falling ill.

“IoT is often tied to great customer experience or [cutting] costs, but Laing approached it from the point of view that employees [shouldn’t] drop dead from heat exhaustion,” Hickin says. “IoT ideas are really easy to imagine, but complex to bring to fruition.”

Microsoft is leveraging its extensive channel and introducing enthusiastic partners to leads.

AWS is making it easy to connect devices in the field with services in the cloud by abstracting its architecture. A developer need not know which services to call. And AWS’s ‘Things Shadows’ combats the tyranny of disconnecting devices by updating them when they reappear on the network.

At an AWS Summit Sydney event last month, Glenn Gore, Amazon’s head of architecture for Asia-Pacific, demonstrated how IoT could be used to control devices based on sensors and micro cloud services.

“Today you can buy a computer for less than $10 and soon it will be less than $5; less than the cost of the power supply.” Gore pointed to the dawn of a disposable era in computing when the marginal cost of devices falls almost to zero, which will lead to more “dynamic” social and industrial environments.

Despite the differences in vendor offerings, channel partners tend to stick with what they know, says Microsoft IoT partner and Mexia founder Dean Robertson.

“We stick with Microsoft because it’s the only cloud vendor with a full enterprise stack to deliver end-to-end to customers,” Robertson says, including on-premises tools in that stack. “There’s not enough technical advantage in the Amazon stack that’s compelling enough to create confusion in our own team [by learning a new vendor].”

IoT in the wild

While IoT is still in its nascent stages, promising applications have been found for it in sports, science, farming and utilities in Australia and New Zealand.

Potatoes New Zealand growers rely on an IoT platform provided by start-up CropLogic to collect field sensor data, climate data and aerial images, and process them in its cloud to optimise yields.

AFL & NBA Pro sports teams in Australia and the US use sports telemetry and analytics technology from Melbourne developer Catapult Sports to monitor their teams’ on-field performance.

Tasmania farmers Wineries and oyster and beef farms use a sensor and analytics platform from Sense‑T from the University of Tasmania to detect microclimate changes that affect crop yield and water quality.

Murchison Widefield Array The $51m project in WA for the Square Kilometre Array has a network of radio telescopes with analytics  run 750km south in Perth.

What’s in the machine? UCC members can select from a range of drinks including Coke and ginger beer from the comfort of their clubhouse.

One of the first implementations of an IoT-like system is still fuelling computer club members at the University of WA. In 1992, on hearing of the first internet-connected Coke vending machines at Carnegie Mellon University and the Massachusetts Institute of Technology, University Computer Club (UCC) members resolved to make their own.

“A few phone calls to Coke, we found someone sympathetic to our cause and explained what we wanted to do,” the UCC history website says. “It took a bit of explaining (these people had never heard of the internet), but when they understood what
we were babbling about, they were (somewhat) enthusiastic about the project. A few rules were bent and we got an old machine on loan.” The UCC later bought the Coke machine for $200 after Coca-Cola’s Atlanta head office cut off supply.

Fitbit has established itself as an early market leader in this IoT segment, worn by 61.7% of US device users while Apple’s Watch appeals to 6.8%. Fitbit is “communicating a clear and simple value proposition to consumers”, says Kantar WorldPanel analyst Shannon Conway. But Australia is the standout for early adopters, with the highest penetration (12.7%) among the seven countries surveyed.

How to plan your business’s rebound
By Nate Cochrane