An Apple WWDC wishlist, with a twist 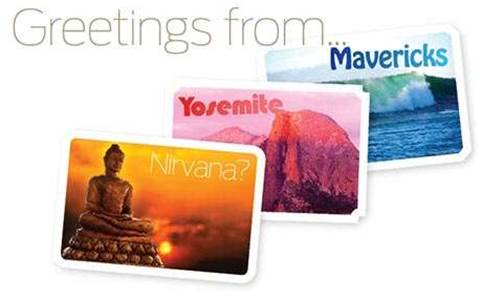 With your World Wide Developer Conference (WWDC) just around the corner, I know every pundit has turned their punting punditry to the task of punditating what Apple is about to announce. I know some are right and a few are wrong, so I thought I might as well throw a pund or two of my own into the mix.

See, I don’t want to go guessing at what you might be about to announce. It seems sort of pointless, really. You’ll announce what you announce, and I’ll either be right or wrong like everyone else. Nor am I going to tell you what I want you to announce. You’re not Santa, and I’m not eight years old.

I’m going to tell you what I don’t want. Because the last few WWDCs, with all due respect, you’ve given me a fair bit of what I don’t want, and I suspect maybe it’s time someone mentioned it. And if you announce stuff I don’t want, well, you’re the one that’s wrong, not me. Tricky.

The first thing I don’t want? A new version of OS X with a bajillion new features designed to make everything so damn new. I’m still getting used to Yosemite. Some people are still getting the hang of Mavericks. Heck, I know people who are scared to step away from Snow Leopard. You know that fragmentation thing that everyone makes fun of Android for? Well, if you keep giving us a new version of OS X every year for the sake of shiny features, it’ll be your problem real fast.

Not to mention the fact that Photos – a headline feature of Yosemite at last year’s WWDC – only just rolled out. And some of the other gee-gaws like Handoff and Continuity are still rough around the edges for a lot of users, and developers are starting to figure out what to do with iCloud Drive but they’re not there yet. Get this one working – really well – before you hand us a new one, OK?

Second thing I don’t want: as above for iOS. This should be a no-brainer. The move to iOS 7 and iOS 8 brought a lot of really big changes. We don’t need a whole new ‘interface paradigm’ at this point. Get it really working well, and folks will be happy.

By ‘working really well’, I mean, of course, ‘get it working’. I’m sure you know, Tim – can I call you Tim? – that the iOS Mail client still doesn’t support sending mail to groups.
It’s been eight years. It’s time, Tim.

On the subject of groups, are you aware that the Do Not Disturb feature can make use of Groups in the iOS Contacts app? It really can. But did you know that it’s actually impossible to create such a group on an iOS device? True story. I can only assume that this is something of which you are unaware, so I hope you don’t mind having it pointed out by a lowly pundit.

The alternative, of course, is that you are aware of it, and it is some sort of jolly jape, representative of your Alabaman sense of humour. If that is the case, then well played… I think.

Another thing I don’t want is new hardware. In particular, new hardware standards. Don’t get me wrong, I really respect Apple’s willingness to ditch legacy connectors and head boldly to the future. But MagSafe, Mini DisplayPort and even Thunderbolt all seem to have been orphaned before they had time to build anything you could call a ‘legacy’.

USB-C, having not been invented by Apple, probably has some legs to it, and to the many, many third party vendors hoping for a slice of the Apple accessory market thank you for that. But please – I’m begging you – don’t introduce another new thing until we’ve caught up. OK?

PS: I’ve got an actual real money wager with a colleague that says you’re never going to produce a TV set. Do me a favour and make me right, OK? You’re a pal.