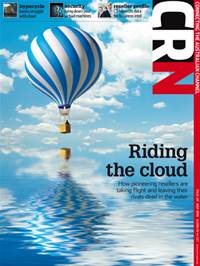 For small and medium businesses (SMBs) considering moving from Exchange Server to Business Productivity Online Suite (BPOS), "there's not a lot of cases for not going to the cloud," admits Jim Carter, solutions specialist at Microsoft Online Services.

One of the most attractive features is a massive 25GB mailbox, far larger than most companies can manage easily themselves. BPOS also gave Microsoft a decent response to Google Docs' advantage in collaboration. Companies have decided to test the cloud suite to gain this advantage, says Carter.

"I've definitely seen a shift in the last six months with SharePoint or Office Communications Online as the motivation to go to the cloud. So it's not just email," he says.

Moving to the Online Suite means an end to software upgrades. Microsoft updates the suite approximately every 90 days quietly in the background so every customer is always on the single, latest version.

Another incentive is a service-level agreement (SLA) promising 99.9 percent uptime, which many SMBs running their own Exchange server would struggle to meet.

And moving Exchange to the cloud saves money - in most cases, a lot of money. Reducing capital expense for operational expense is a strong motivator. Any reason for looking at upgrading hardware - replacing a SAN, refreshing the disaster recovery strategy - is an opportunity to look at cloud, says Carter.

"We're trying to encourage customers to go to the cloud for the next step because it saves on the costs. You don't have to pay for data centre costs so it's much cheaper for a lot of organisations," says Carter.

Microsoft is holding up a case study of Australian dog-tag manufacturer Red Dingo which moved its 80 employees to Microsoft Online Services. Red Dingo says the move cut its IT costs by 40 percent.

The Australian launch of Microsoft's developer-only Azure platform in April was the next act to follow BPOS, which debuted almost a year ago.

The two platforms give customers the ability to run server-based applications without the hassle of buying and maintaining a server. BPOS replaces the need for Share Point, Exchange and Office Communications Servers. Windows Server and SQL Server become Windows Azure and SQL Azure in Microsoft's cloud scheme.

Microsoft refuses to say how many customers have moved to BPOS and Azure so far. Gartner predicts the global software-as-a-service (SaaS) market will grow at a compound rate of 17.7 percent but to Microsoft this is "a fairly conservative figure", says Kelly Innis, product marketing manager for Microsoft Online Services.

"We feel that 17.7 percent is on the conservative side in Australia, given the momentum we've seen around the partner community moving their business to the cloud and also the takeup from customers," says Innis.
Microsoft predicts that within five years more than half of Exchange seats will be sold within the cloud.

The cloud as a cross-selling tool

A staggering 70 percent of BPOS business is coming from competitive platforms, mainly Lotus Notes, according to
Microsoft. Carter says the great advantage of BPOS is that companies can test Exchange and the rest of the collaboration suite without having to build a duplicate IT environment. This removes a huge overhead in hardware, training staff and operating costs that stops potential switchers dead in their tracks.

"You go straight from the Lotus platform to the cloud platform and that intermediate step of running in a parallel data centre, with two systems, you can still do but that happens in the cloud," says Carter.

Exchange has proven to be the most popular application to make the jump, leading some to ask whether this is the end for Exchange servers in SMBs. "Yes I do [think so], to be frank. The SMB space has much more to worry about than trying to run a bit of kit as complex as Exchange.

The online services solution is easier to manage, it's easier to run, it never goes down and it's not expensive," says HubOne's managing director, Nick Beaugeard.

Microsoft has built tools and check lists into BPOS' admin console that make migration from an Exchange server a point and click affair; one reseller described it as "mind-numbingly easy". In fact, some SMB customers have made the transition themselves.

Telstra's T Suite cloud platform lets customers sign up for BPOS and deploy it on their own. Only very small customers with up to five seats were doing so, says Microsoft's Innis. T Suite customers over five seats generally engaged a reseller to oversee the migration.

Migrating from competing products such as Zimbra, IBM Lotus Notes and Novell Groupwise is achievable but not as simple.

"The whole process migrating from Exchange on premise to the cloud is something we are expecting a lot of customers to do," says Microsoft's Carter. The time to complete a migration depends on the number of calendars, accounts and emails, but it's not uncommon for a 100-seat company to migrate over a weekend.

Many customers are migrating to the cloud and running cloud and server in parallel or forwarding email to the cloud. Once the business has confidence in the web service, it simply switches off the server.

Running on-premise and cloud together is not a long-term or seamless solution. BPOS users cannot share or view calendars of Exchange Server users, and vice versa.

Companies that have built their own collaborative processes or data sharing around Exchange will probably be reluctant to move to the cloud. Exchange Servers that include fax services need to retain that service, because faxing is not available through BPOS, for example.

Because cloud-based applications are easily turned on and off and are paid for on a usage basis, companies are more able to experiment with new products within the Microsoft online suite. For several dollars per user per month a business can "dip its toe" into a collaboration platform without investing tens of thousands of dollars on server hardware, says Beaugeard.

"It works really well, it's really easy and they just see the value. We're not pushing them to move to the whole suite, it just makes sense," he says.

The "vast majority" of BPOS customers have often bought the whole suite rather than just Exchange, which has ignited a boom in SharePoint deployments.

Microsoft also offers Exchange Hosted Archive, a separate subscription service which adds unlimited storage to an email account. Businesses can use the service for legal discovery where authorised users can traverse all mailboxes to look for specific information.

Azure, the developers' platform
The global tally for applications on Azure stands at 10,000; Australian developers have contributed "hundreds" of applications, even though it was launched here a month ago. Depending on how an on-premise program was initially written, the work needed to port it to Azure "is actually minimal", says Gianpaolo Carraro, director of Microsoft Azure in Australia. He adds that in most cases less than 10 percent of the application needs changing.

"If you are building a .Net app and using SQL as a database, the vast majority of your code is directly moveable to Azure," says Carraro.

One of Azure's key selling points is that it is already familiar to Microsoft developers. No training is required to port or start writing applications for Azure as the framework and tooling are the same. "I tell developers, ‘If you are a .Net developer today you are already a cloud developer'."

When Microsoft held its Remix web conference in June it told the audience that .Net meant they could develop for its Windows Phone 7 operating system, too. But it is the cloud that generates the most excitement and that developers talk of as the future of software development.

Carraro says developers are unlikely to ditch on-premise development entirely. He predicts applications will be written to exist in part on Azure and on on-premise hardware.

Azure applications have one major advantage, however. "The developer doesn't have to think of the hardware - how many servers to scale to that level, how much network to have for my application. All that stuff is taken care of by the platform. You can think of the code you want to be writing without worrying about the infrastructure underlying the application," says Carraro.

How secure is Azure?
Microsoft promises that Azure is at least as secure as an on-premise server. Security levels in Microsoft's data centres are externally audited to SAS70, and the vendor provides anti-spam, anti-virus and intrusion-detection measures across the platform. Microsoft holds sole responsibility for maintaining security software and appliances; it says it scans 4 billion emails per day.

"If we were to give you just a virtual server then you would have to be responsible for much more," says Carraro. "Azure is a layer and you just need to deploy code on top of it and you're done."

The only security controls available to developers are to authenticate and authorise users to access data on the platform. Azure comes with an access control product to create those policies.

The developer also chooses where the application is hosted - in the Asia Pacific, US or Europe. Some Austalian Azure developers host their applications in the US because the majority of their customers are American.

There are no financial penalties in Microsoft's SLA in the case of a security breach or lost email in the case of BPOS. Carter says data is backed up on a regular basis to another data centre and a snapshot taken every couple of hours.