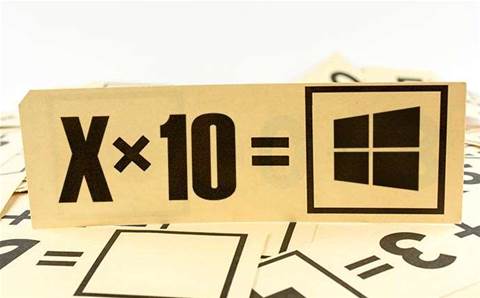 Microsoft has often been accused of stealing ideas from Apple. The company was even sued over accusations that Windows looked too much like Mac OS. In the end the judges didn’t care, since Apple had already handed Microsoft a licence to copy its ideas. But the end of the court case never really stopped the sniping between the two technology giants. What’s at stake is billions of dollars in revenue. You’d expect both companies to keep fighting for their share.

And now, it seems Microsoft has finally figured out just what Apple has that is worth copying. Customer loyalty. Apple has it in spades. Microsoft is actively stalking it.

This loyalty is what allows Apple to release a buggy OSX or iOS update and get away with it. Its legions of loyal customers just patiently wait for the fix to be sent to them. When Microsoft makes a similar mistake, the company gets shredded by both the media and its customer base. And this has a massive effect on the bottom line. Millions of users stayed with Windows XP for a stupidly long time.

But now, Microsoft is going after hearts and minds like never before with the release of Windows 10. And it’s got a good story to tell. Only the passage of time will reveal whether the story is based on fiction or fact. But right now, the Windows 10 push, with the promise that everything runs everywhere no matter what the device, is starting to look very appealing.

Apple’s decision to use different operating systems all over the place is starting to look like a bad move. Yet, looked at historically, it wasn’t a bad move at all to produce a smaller more nimble platform for mobile devices. It made perfect sense and Apple sold an awful lot of phones and tablets. And they are damn fine products.

The passage of time has seen microprocessors shrink in size to an extraordinary degree. They are now more powerful than any software we can write for them. And they use less power and generate less heat. You can have one in your pocket or purse all day long without needing to recharge. Why does this matter to Microsoft? Because they didn’t need to write a whole new operating system in order to go mobile. Mobile devices got smaller and faster and they can run regular Windows.

And that means you only need one copy of each app for your whole ecosystem. No need for special limited versions of essential desktop apps for your mobile needs. Same app. Runs everywhere. That’s really appealing to corporate IT dudes. One system to support. No need to hire experts in five different operating system specialties. When the support phone rings, it will be a question about Windows 10. Don’t care what the device is. No longer important.

Microsoft has at long last discovered what IT is all about. Just make it easy and make it work. Everywhere. Anywhere. All at the same time. And they also make video game consoles. Gotta be happy about that.