Apple can thank Samsung for a bumper end to 2016 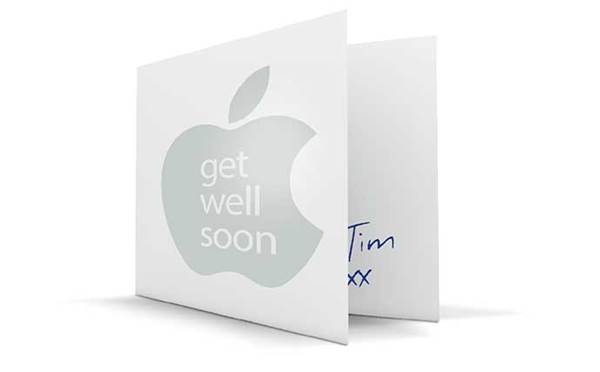 COMMENT  |  You may have heard recently that Apple had a pretty darn good final quarter of 2016 as far as their financial results go. As the doge memes of years past would have put it, “So profit. Such money. Wow.”

This was certainly a relief after a couple of flattish quarters that had seen pundits dusting off their old “Apple is doomed” boilerplates from the mid-'90s (with updated typefaces, naturally). And it served to counter questions being asked about slow hardware refreshes and dead-end programs like the mythical Apple Car.

Well, it sort of did. Those questions are still being asked, and rightly so.

The thing was, this terrific quarter came despite falling iPad sales, flat Mac sales, the Watch no-one seems interested in talking about, and a withdrawal from businesses like displays and wireless base stations. Oh yeah, and lots of employees leaving the company, which never looks good.

There was an uptick in enterprise revenue, which surprised everyone — including Apple. If you think that’s a harbinger of Apple getting serious about enterprise, though, you haven’t been watching Apple for very long.

The main saviour for Apple last quarter was a huge boost in iPhone sales. Indeed, a sufficiently large boost that meant, for that quarter, that Apple was the top smartphone vendor globally. Well done.

What’s more, the sales were reinforced by a record average selling price for iPhones. In other words, the sales rush was not precipitated by the budget-conscious iPhone SE (despite the urging of many a pundit who demanded Apple make cheaper phones or be doomed). It was actually driven by their premium offerings. The iPhone 7 was, as it seems, a hit.

Now, I’m not saying those criticisms were fair. In truth, the iPhone 7 has a vastly superior camera and audio system than the iPhone 6, and these are things that matter to many customers. In more geeky terms, it’s capable of three carrier aggregation, which, if the local LTE network supports it, means a theoretical maximum download speed of 450 megabits per second.

But that isn’t as pithy as, “It doesn’t have a headphone port”.

Despite the iPhone 7’s actual benefits, coverage of it was fairly uniformly critical. So why was it such a smash?

Thanks are likely due to Samsung for this one. The ongoing saga of the Galaxy Note 7 and its predilection for combustion cost Apple’s biggest rival dearly — not just in Note 7 sales, but across the brand. Even with the Note 7 recall and replacement, and then recall again and finally surrender, Samsung was the biggest smartphone vendor of 2016. It was just that last quarter…

2017 hasn’t started well for Samsung either, with reports of a fire at a facility where recalled Note 7 units with were being stored. I honestly don’t know how many of these phones were in the facility at the time, but given that you weren’t allowed to board a plane with one, it seems like a bad idea to stockpile thousands of them in one place. After exploding washing machines and exploding phones, the last thing Samsung needed was an exploding building.

I read that there were 19 fire trucks required to quell the blaze. That reminds me: the iPhone 7 is water resistant too.

It will probably take a while for Samsung to regain consumer trust. Remember how tough it was for Apple to shake its association in the popular consciousness with the word “beleaguered” (check those '90s boilerplates)? Imagine how tough it’s going to be for Samsung to shake the association with “exploding”. When the Note 8 comes out, Samsung is going to have to find some creative and subtle way of assuring people it won’t explode, without somehow reminding people that the previous model did. That there is a challenge.

Apple should send them a card.