Apple HomePod gets its own Antennagate with white ring scandal 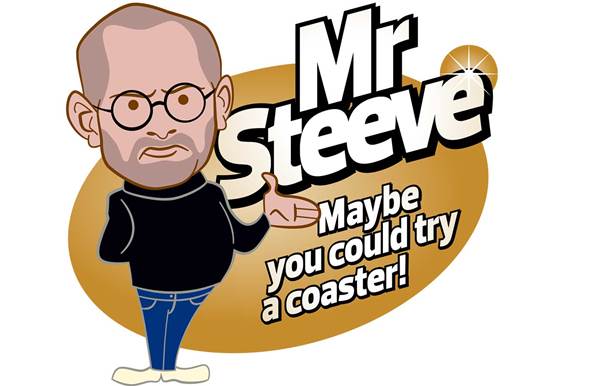 COMMENT  |  Remember Antennagate? It was just after the iPhone 4 came out. The iPhone 4 had that stainless steel band around the edge which acted as part of the phone’s antenna as well as looking pretty smick.

Obviously, as everyone knows, human bodies conduct electricity, so when you had your skin in contact with the antenna, it was always going to affect the signal. That was the starting point for Apple’s engineering team: put the antenna on the outside, but make it still work.

And they did. Amazing, clever antenna tricks that meant that, even with the expected attenuation of signal strength, you’d still be able to make calls. Applause all round, right?

Wrong. Because some clever people discovered that, if you held the phone in just the right way, you would lose “bars” of signal. That’s right: the attenuation that everyone knew was going to happen actually happened.

Apple’s then-boss Steve Jobs gave one of the most gloriously testy presentations in the history of presentations in response to Antennagate. The company’s quasi-vaudevillian initial response (“if the signal drops when you hold the phone a certain way, don’t hold it that way”) having not satisfied the masses, he fronted up on stage and spent an hour or so first demonstrating that there wasn’t really a problem, then showing that to the extent that you might imagine there’s a problem it’s not unique to the iPhone 4, then announcing that everyone who complained about this non-existent non-problem could have a free silicon rubber thing to hold their phone in. It was wonderful.

I was reminded of Antennagate recently, when I heard that early adopters of Apple’s HomePod smart speaker thingy were finding that the circle of silicon rubber on the base of the HomePod sometimes leaves a whitish ring on the table. This primarily affects oiled or polished wooden surfaces.

That’s right: if you put one thing on top of another thing, sometimes that leaves a mark. The revelation is profoundly shocking.

So far Apple’s response has been to suggest that affected customers try “gently wiping the area with a soft damp or dry cloth”. It seems like genuinely helpful advice, but the words “damp or dry” carry an implied eye-roll for me. Like, it seriously doesn’t matter whether the cloth is damp or dry, we don’t care, but if you can’t figure out that you remove marks from furniture by wiping them, here’s a Knowledgebase article for you.

Seriously, it’s article HT208435. You can look it up. It also suggests using “the furniture manufacturer’s suggested cleaning process” — because, let’s face it, Apple isn’t a furniture manufacturer, so there may be some complexity above and beyond wiping with a cloth for which it is unable to provide support. And, of course, the same article suggests placing HomePod somewhere else. It’s this year’s version of “don’t hold it like that”.

I dearly wish I could see Steve Jobs’s barely contained rage as he dealt with “Ring-gate”. I imagine he would show us how to wipe a table — perhaps with a squirt of Mr Sheen. I expect he would show how an Amazon Echo also leaves a ring if you place it on a polished wooden surface.

As, indeed, does a cup of tea.

Through gritted teeth he would explain that the problem could easily be solved by putting down a doily or a coaster or a magazine or any possible flat thing that was not manufactured of oiled or polished wood.

With a note of irony, he may recall that the “problem” of Antennagate was “solved” by the addition of silicon rubber, while Ring-gate is caused by that same stuff. In keeping, he would offer all HomePod customers who complained a free iCoaster — a flat disc of featureless stainless steel.

Ah, Steve. Such a problem solver.

7 steps to MSP success: from pricing to specialisation
By Matthew JC Powell