Apple should be worried about Pokémon Go! 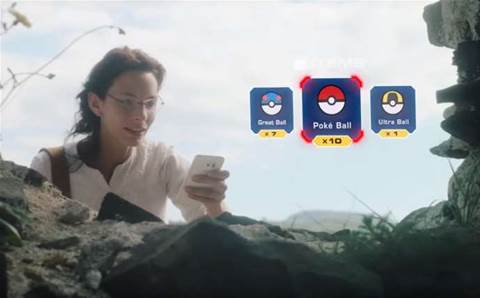 Unless you've been under a rock for the last few weeks, you will have noticed that a great many people have taken to wandering the streets, staring at their phones in search of imaginary pocket-sized monsters. And if you have been under a rock, did you find anything good there? I've been trying to find a Graveler.

The wandering mobs are not the result of a zombie apocalypse, but rather the outrageous success of Pokémon Go, an augmented-reality adaptation of the Pokémon franchise that Nintendo has been milking for far more than it ought to be worth since the 1990s.

It's not Nintendo's game, though. The developer is Niantic, which started off as a skunkworks project within Google before spinning out as a separate company. Niantic has spent the past few years developing a game called Ingress that is startlingly similar to Pokémon Go – without the Nintendo intellectual property but with more complex gameplay. Ingress is quite popular on university campuses, but hasn't broken into the mainstream.

Take Ingress, add Pikachu, and you got yourself a hit.

So why should it bother Apple? The game runs brilliantly on iPhones and it's making a mint via in-app purchases. From a player's perspective, whether you're on Android or iOS matters not a jot.

Except, of course, that you log in to the game via Google. So whether you're on iOS or Android, you need a Gmail account to play. Neither iCloud nor Game Center will do you any good. And, rightly or wrongly, truly or falsely, fairly or otherwise, when you're on an iPhone and you have to log into Google to play a game, you feel a little bit like a second-class citizen.

Not to mention being reminded of how few games actually support Game Center these days.

Cast your mind back, if you will, to the early days of the 21st century, when there were a gajillion and one different formats and ways to get your music into digital form and take it with you. Remember that? None of it was terribly good or well-designed, and getting the hardware and the software to play nice was — to put it gently — challenging.

Then Apple came out with the iPod and with iTunes. Neither was fully an Apple invention — iTunes was acquired and much of the user interface of the iPod was licensed from elsewhere — but Apple made it work together well, and in a way that was easy to understand.

But, of course, only for the Mac. Windows users looked on enviously — at least, those not geeky enough to have found a hardware-software combination they could get to work.

Then Apple made iTunes and iPods for Windows, and it was game over. The market share of every other digital music player on the market became an asterisk virtually overnight.

The worrying thing for Microsoft was that this little glimpse into the Apple way of doing things was giving Windows users a taste of a different world. Yes, Windows users could use iTunes and iPods, but they couldn't help feeling like they were getting a second-class experience compared to Mac users. (This was, in fact, true, since iTunes for Windows really sucked in early versions.)

This lead to the "halo effect" by which Windows users drawn to Apple by iPods ended up getting Macs for the best iPod experience. Microsoft tried to counter with the Zune and its own music store, but that frankly only made things worse. You could get a Zune in brown. Seriously, brown. Did anyone other than Steve Ballmer want a brown Zune?

Anyway, flash forward to today and it's the same again — except this time it's Google and its erstwhile offshoot Niantic with the hit user experience and the back-end ecosystem supporting it, while Apple's gaming network languishes like a brown Zune. The success of Pokémon Go guarantees that there will be other massively multiplayer online games like it in the very near future, and they will not use Game Center, I promise you.

Will iPhone users logging in to Google for their daily game fix switch to Android? It's a definite maybe. The really big question is: what can Apple do to stop them?