Apple value woes are not to be concerned about 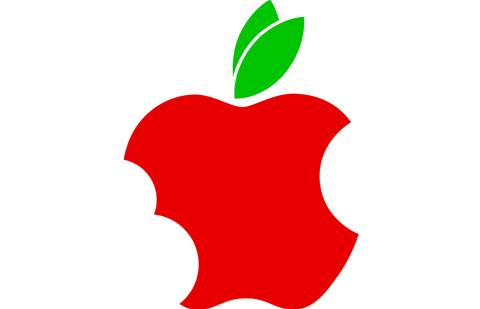 COMMENT  |  You may or may not have heard, whilst relaxing by the pool/BBQ/cricket over the summer, that Apple had a bit of a hiccup in regards to its quarterly earnings report. Having not sold quite so many iPhones as it had anticipated that it might do when reporting its expectations for the quarter, it advised the market to brace itself (as markets don’t) for a bit of less-than-great news.

The market did not brace itself. Rather, the market lost its — for want of a better word — poo.

That is what markets do.

In response, the market cut about US$40 billion from Apple’s total value in a couple of days. Totally rational.

The headlines then focused on what had previously been a fairly gradual slide in Apple’s capitalisation, from a peak of just over a trillion dollars to a low of about US$670 billion (at the time of writing it’s crept back to US$770 billion — still, that’s lower than Microsoft’s capitalisation, which has to sting a little).

That big dip, according to CNBC, exceeded the total market value of Facebook (US$460 billion at the time of writing), leading to the much-shared headline that “Apple just lost a Facebook”. It’s very catchy, I’ll grant it. One for the ages.

But is it true? I’m less convinced.

For one thing, the word “just” implies something sudden, not a decline that had been going on for months — albeit accelerated in the days before this story. Apple didn’t lose US$460 billion in market cap because of its revised warning guidance, and the headline implies it did (the story doesn’t — but who reads the whole story when it’s shared on Facebook).

For another thing, Facebook is a huge entity. Despite the public perception that it’s just Zuckerberg and a few mates doing everything, it employs more than 25,000 people. It has 1.5 billion active users and generated revenue of something like 50 billion dollars last year by showing them ads. Its reach and market position is such that it is credibly implicated in shaping the outcome of elections and referenda, thus making it a significant geopolitical force.

Did Apple lose that? No.

Remember, Apple didn’t lose money. It said it was going to make a slightly less gigantic pile of money. Apple isn’t firing staff. It’s not even having a hiring freeze (though it may slow down hiring in some divisions).

Apple has probably never had the power to change the outcome of elections. Frankly, neither should Facebook — but that’s a different story.

The point is, saying Apple “lost a Facebook” is alarming, because Facebook is a thing that people recognise, beyond just the fact it’s valued at US$460 billion. If Facebook disappeared, you would notice. If you owned a Facebook, and then suddenly you didn’t, it would bother you even more than misplacing your keys. So you assume if Apple lost a Facebook, it would be devastated.

It didn’t. It didn’t lose employees, divisions or product lines. It didn’t lose anything real and tangible. What Apple lost was US$460 billion worth of investor whimsy and caprice. That can return as easily as it went away. A quarter of it is already back, and Apple didn’t even do anything.

The decline in iPhone revenue is concerning, and points to a need to shift strategy — probably in several areas. Over-dependence on Chinese sales is probably something to look at. Maybe look into the pricing of iPhones? I’m just spitballing.

Or, if Apple wanted to shake up the market and prove CNBC wrong, it could always buy a Facebook.