Apple Watch and the curse of the blockbuster 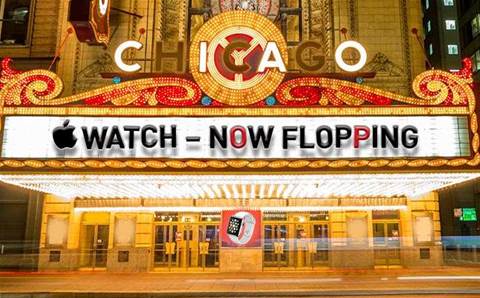 The Apple Watch, as you have no doubt read by now, is an utter flop. A failure in the marketplace, its initial appeal has waned and demand fell away rapidly. All of the naysayers who predicted this result are, of course, triumphantly smug in their gloating.

As you may recall, I was one of those naysayers. I’m unconvinced that there is a real use case for the Apple Watch, and less convinced that it’s been priced correctly – a $10,000 watch band makes no sense to me at all. I am, however, completely unconvinced that it’s time to call it a ‘flop’ yet. I can see why it’s happened, and I’m concerned that it may be ultimately self-fulfilling, but right now I don’t think it’s true.

Think about this: what do The Wizard Of Oz and The Princess Bride have in common? Both are masterful films, both among the most beloved and popular films of their respective eras, both career-defining for their principal casts.

And both were unsuccessful when they were released. Both failed to find an audience initially. Their reputation and ardent following built up over time.

They could, back then. Nowadays, a film has its opening weekend and maybe one or two weeks afterwards to be successful, and if it doesn’t, it’s a flop and it stays that way. The movie business is different in the era of the blockbuster.

What’s this got to do with the Apple Watch? Well, much of the coverage of its failure has focused on the apparent drop-off in sales after its opening weekend. Yeah, that’s right – people are actually writing about a retail product as if it had an ‘opening weekend’.

In at least one case, the methodology was clearly flawed – a sample group was asked whether they intended buying an Apple Watch, and then the same group was asked the same question a few weeks later. There was a 90 percent reduction in the number of people planning to buy one – what a flop! Except of course that if everyone who said yes the first time actually went and bought one, there would be no reason at all for them to say they planned to buy another. The more successful the product was, the bigger you would expect that drop to be.

As the young people say, “duh”.

Even accounting for that, it makes sense that sales would drop off after an initial period of pent-up demand followed by whatever supply-chain or channel issues might be experienced. Not enough to say flop yet, as far as I’m concerned.

Apple has itself to blame for this. Its iPhone and iPad releases – even OS updates – have become events, with media hype, queues outside stores, press releases dissecting the numbers, and so forth. It’s not the first or the only company to do it (I remember the midnight launch for Windows 95… a race to see who could be the first to call tech support at 1am?) but it has refined the art.

Does anyone remember how many units the iPod sold in its ‘opening weekend’? No, they don’t. The numbers are probably available somewhere, but I seriously can’t be bothered looking them up. I know there were no queues outside stores. I know it wasn’t a blockbuster. For years you couldn’t even use one without a Mac, nor buy one except from Apple resellers (there were no Apple Stores).

But the iPod was by no means a flop. It built its success over time, and essentially created the market it (and Apple) came to dominate. Then the marketing genius of Steve Jobs took over, and the need to be first to own an iPhone or an iPad or an iWhatever replaced such prosaic thoughts as “do I actually need one of these”. Now every product – not only Apple’s – is measured by the queues to be first.

It’s a gift for Apple, but also a curse. Because the Apple Watch isn’t a blockbuster. It might be The Wizard Of Oz or The Princess Bride – it might become successful once word of mouth spreads.

But the word right now is ‘flop’, and that’s a hard word to shake.