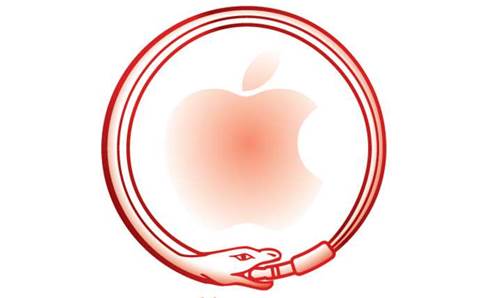 COMMENT  |  Back when Steve Jobs was running Apple, there used to be a bit at the end of most of his presentations and keynote addresses when, after running through various updates and announcements, he would introduce “One more thing...”

It became something of a trademark and occasionally the “one more thing …” would, in fact, be the major announcement of the day, despite having been introduced as an afterthought.

Since the death of Jobs five years ago, Apple has refrained from using that phrase — somehow it belongs to Jobs alone.

I can’t help being reminded of it, though, in the wake of the iPhone 7 launch. As you would know, the iPhone 7 is a largely incremental update to the iPhone 6S. Its major departure and point of difference, and the thing everyone’s going on about, is the removal of the headphone jack.

Honestly, I don’t use headphones much myself, so I don’t care. This is probably why I had no idea that the 3.5mm headphone jack had such emotional value to people.

I did read one fellow complaining that he would continue using his iPhone 6 with the headphone jack because “it’s analogue, so there’s more information coming down the wire”. This is, of course, nonsense. Unless he’s got an iPhone with a turntable for LPs — a product I do not recall Apple selling — the audio he’s listening to is digital. If information is coming to him down that wire that is not contained in the digital file, he should consult a physician.

The rational objection is that you can’t listen to headphones and charge your iPhone at the same time. This seems a fairly marginal use-case, but a valid one — I just had a stint in hospital during which my iPhone became my TV, plugged into power and headphones simultaneously. In that case there are adapters. Belkin has one already and I anticipate others.

Aside from those two arguments — sometimes needing to plug two things into your phone or not understanding digital audio — the only other basis for complaint is sentimentality. And Apple has rarely been sentimental. Remember floppy discs? Gone. SCSI? Gone. Apple Desktop Bus? Gone. Optical discs? Gone. Given Apple’s penchant for dumping legacy I/O ports, it’s frankly a surprise the 3.5mm jack — a technology unchanged since the 1950s — lasted as long as it did.

(Incidentally, Apple isn’t the first smartphone maker to dump the jack — Oppo has a model without the headphone port as well. In Oppo’s case the reasoning is design-driven — the phone is too thin to accommodate it.)

Back to Jobs, for a moment. There’s a possibly apocryphal story about the iPod, when Jobs was presented with a prototype and said it was too big. The engineers said it couldn’t be smaller, so Jobs dropped the prototype in a fish tank. Seeing bubbles rise as the iPod sank, Jobs said: “there’s air in there — make it smaller”.

Jobs always strove for minimalism — sometimes more than was entirely reasonable. The iPod, if you recall, lacked a power switch. You literally could not turn it off. You could lock it, and it would go to “sleep”, but it could not be turned off. Jobs didn’t want any more switches or buttons than were absolutely essential. Can you imagine how it must have irritated him that it had to include a 3.5mm headphone jack?

Now, wireless audio is far more accessible and reliable than the nascent solutions that were available in Jobs’s life. It’s time for the space-occupying hole in the iPhone to go.
It’s one less thing.