Are telcos confident in the NBN? 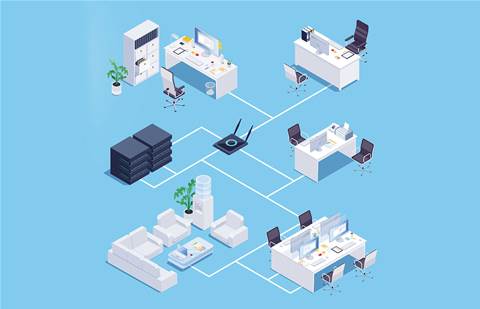 COMMENT  |  Although the NBN is getting more traction out in the wild, and business users are reporting that it does actually work as advertised, and is mostly stable, you have to wonder why our largest telco, Telstra, ships routers with built-in 4G backup.

We get that it’s a good way to supply new home users with an internet link. It works out of the box using the backup 4G chip, then gets better when the NBN service is configured. Prevents a bucket load of “is it on yet?” phone calls from irate customers.

But they don’t do the same for business users. They get a different router which has 4G on a USB dongle, and it doesn’t work “out of the box”. You must configure the thing or get your visiting telco tech person to do it for you, else it remains a weird-looking artefact sticking out the side of the router. (let the telco tech do it is Rabid’s advice).

Is it Telstra’s own lack of faith in the NBN that causes them to bundle in a backup network plan? They didn’t always do this. It used to be notoriously difficult to get a 4G dongle to work – you had to choose the correct router model and the correct 4G provider and the correct USB dongle.

If these people made cars, they’d only run on a particular brand of petrol, and most probably require yet another brand of engine oil. So anyway, at least the interoperability problem has been solved, using the Apple model. Get it all from one supplier. Then it works.

However, if your business is slightly larger than four PCs and a printer, you’ll be looking for a router with a bit more oomph than the base offering. If you stick with the routers on Telstra’s options list, as soon as you step up from basic, your 4G backup option vanishes.

Now, if your business is larger than a startup, it’s more than likely that rock solid internet is an operational necessity. What to make of that apparent lack of faith in the NBN we’re seeing applied to consumers and very small businesses, but don’t you worry about that if you’re a bit bigger?

Well according to Telstra’s advice, you should be getting two networks coming into the building, to provide that all-important backup. Seems reasonable. But wait, the advice given recently to a couple of Rabid’s clients was to get two NBN connections. Hang on a minute. If the NBN is down, we’ll just use the ‘other’ NBN? Call us cynical but that sounds like a marketing-driven solution rather than a business continuity solution.

We’ve also got clients being advised to get two NBN links if they’re going to use VoIP for phone calls. Nobody heard of virtual LANs and QoS? Obviously not in the sales and marketing departments. Pretty sure their tech people are totally across this. But then, they’re not in charge of maximising revenue. Yet.

Gotta go! VoIP call is using all the magenta toner in the printer!