Are the days of on-prem numbered? 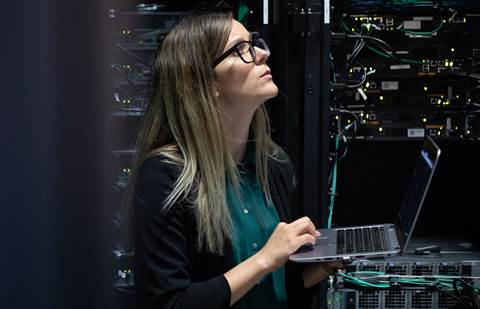 With all the attention being paid to the growth of cloud computing it would be easy to think the days of on-premises implementations were numbered.

Indeed, in January 2019 LogicMonitor’s report, Cloud Vision 2020: The Future of Cloud, found that 41 percent of enterprise workloads will be in the public cloud by 2020.

So if all workloads are migrating to the cloud, what options remain for the traditional hardware channel?

The key to the future for hardware partners lies in where LogicMonitor believed the remainder of workloads would end up. Its research found 20 percent would find their way into hybrid clouds, and another 22 per cent would go into hybrid environments.

And many of those workloads that have already gone into the public cloud may also come back out again. In 2018 IDC found 85 percent of IT decision makers would migrate some public cloud workloads to private or on-premises environments in 2019, with almost half going into private clouds.

Those numbers are good news for hardware-focused channel partners who matured in the world of three-tier architecture. But how they sell, what they sell, and where that hardware lands will never be the same again. Converged and hyperconverged infrastructure are presenting new and highly appealing options for buyers who have gained a taste for consumption-based on-demand models.

According to the general manager for infrastructure solutions at Data#3, John Tan, the critical factor now is providing choice to clients to suit their different buying models and needs.

“We absolutely see a place for traditional hardware buying,” says Tan. “Sure, hardware has evolved, and the consumption options are now better defined, but the traditional purchasing of infrastructure still suits a large part of the market. We understand our customers have different requirements, are of different sizes and industries, which require a certain type of spending profile.

“Our focus continues to be placed on evolving our solutions and services and aligning what’s right for our customers’ needs, ultimately helping them to solve their business and technology challenges.”

Indeed, Tan says the sheer range of options now available to buyers makes it difficult to split sales volumes between on-premises and hosted scenarios. But as both are growing, the overall scenario remains positive.

“Computing and analytic power is also now more distributed than previously seen,” Tan says. “Now a customer can choose to have a broader distributed approach to IoT and business. The need to crunch data at the edge, make sense of it and create actionable insight is paramount across all industries.”

The vice president for presales at Dell Technologies for Asia Pacific and Japan, Matt Zwolenski, also agrees that declaring the death of the hardware channel would be premature.

“Public cloud is growing fast, but the data centre hasn’t declined,” Zwolenski says. “Last year was a stellar year in the overall market for servers and storage.”

The winners amid these changes have been partners that have invested in developing and providing hybrid cloud environments that are more attractive then might have been available when those workloads were first moved into the public cloud.

“Five years ago people were building private cloud version 1.0 and got disillusioned with it,” Zwolenski says. “They threw an automation layer over the top of traditional IT and called it private cloud.”

According to Tan, the IT industry has waded through the past five to seven years with rising cloud maturity to a point now where private and hybrid options are now better understood and more widely consumed.

“As a result, our customers are no longer delaying decisions in taking up cloud consumption-based solutions on particular workloads or for particular outcomes they are seeking,” he says.

“That is where the lion’s share of questions are coming from our customers, and that’s where we are building out our capability,” Knight says. “Nutanix allows you to move away from three-tier environments and allows you to be able to fundamentally reduce the level of investment that you need to put into maintaining an infrastructure environment and scale as you grow so you can put your investment out at the edge. And that also gives you the ability if you need to scale up into public cloud you have that capability.

“A lot of the discussions we are getting from our customers are really around the redeployment of the resource that was used to maintain that.”

While many solutions are bringing public cloud-like attributes to on-premises hardware, other scenarios see hardware makers fully embracing cloud providers. Pure Storage for instance has signed a relationship with Amazon Web Services which resulted in the announcement of the Cloud Block Store, which will provide a common data layer across on-premises hardware and AWS cloud storage enabling workloads to be dynamically moved between the two environments.

According to Pure Storage’s vice president for Asia Pacific and Japan, Michael Alp, similar announcements involving Azure and Google can also be expected. He says the goal is for business continuity to be more elegant, more cost-effective, much more rigorous and much simpler over time.

“A lot of our channel partners have tremendous businesses with AWS and Azure and other application sets, and we are working with them to work out which of their customers want to embark on that kind of transformation of their infrastructure and help them do it,” Alp says. “And a lot of our partners are already well down this track of enabling their teams to roll out these solutions in AWS.

“There are quite a few partners of ours who have a slightly more traditional infrastructure play, but nearly every partner we work with has moved to some form of managed services and some form of cloud interaction.”

All these developments are putting an increasing array of options in front of customers.

According to the national practice manager for hybrid infrastructure at Thomas Duryea Logicalis, Evan Duryea, the path for many customers has been a rush to the public cloud, followed by a realisation that some workloads should have never moved offsite. That has led to repatriation and the current heightened interest in hyperconverged systems. However, Duryea says when it comes down to negotiations, the price premium of hyperconverged systems mean three-tier architectures can still win out.

“The dream is of simplified management, with interoperability and not having to work out which versions work with each other,” Duryea says. “With hyperconverged all that goes away, and the concept of having a storage guy and a virtualisation guy goes away as well, so you break down those teams.”

“There is real value that hyperconverged brings with the ease of management and ‘day 2’ operations. Although it is still hard to articulate that to customers to justify what is often a premium compared to traditional three-tier architecture.”

“That allowed us to use the most cost-effective hardware to deliver the best value possible to our customers,” Duryea says.

Duryea says that whereas once every customer would have wanted details on every box, as well as a tour of the data centre, now half the time they don’t even ask, with the key consideration being the bang for buck for the workload.

“Originally we went hard with the VCE story and traded off those brands,” Duryea says. “Over the years people have cared less about that. We leverage it where it makes sense, but they are not asking for it like they used to.”

Duryea says his company’s true value now is emerging as being to work with customers to understand and assess their workloads, then architect solutions that are capable of landing in a true hybrid model.

“Any modern infrastructure architecture will most likely be a combination of on premise and one or more cloud-based services,” Duryea says. “The ability of the partner and vendor to deliver hybrid solutions is the most important component. The choice between three-tier, converged, or hyperconverged is more down to customer preference and specific workloads requirements.”

Adapting to the new hybrid environment can require significant reskilling, especially as the hardware itself incorporates many of the integration tasks that might once have fallen into the partners’ domain.

Zwolenski says it is vital that partners be thinking more about the services they can provide to run on top of these architectures rather than just how they might be deployed.

“You shift your people to the value on top of the cloud, not the value in building the cloud,” Zwolenski says. “Once you automate the environment you free people up and look at the value you can build on top. If you shift the consulting and the integration into that you get more value in the long term than creating a deployment of 100 servers or 100 storage arrays.

“It’s about building services that your customer’s business needs. That is where there is a shortage of skillset and capability in the market today.”

One lasting impact of the public cloud however is in the way it has changed how clients pay for their hardware. While the consumption-based models of public cloud computing were initially incompatible with some purchasing cycles, they have opened clients’ eyes to the idea of only paying for what they need when they need it.

As a result, vendors have also worked to bring consumption-based pricing to the purchasing of on-premise hardware, such as with HPE’s GreenLake.

“Under our GreenLake portfolio we allow all of our products and service to be consumed as a service on a pay per consumption model,” says Paul Armstrong, HPE’s business manager for hybrid cloud. “The message to the channel partners is whether they are small, medium or large, they can leverage HPE’s balance sheet to build consumption-based services to their customer base without that going on their balance sheet. That opens up selling consumption-based services to a much larger range of the partner systems out there.”

Armstrong says clients have also been receptive to the idea of being provided with additional buffer capacity within their on-premise hardware – much as they might in a public cloud environment.

“So they can tap into that buffer capacity instantly when they need that, and when they are not using it, they don’t pay for it,” he says.

Channel partners too are taking advantage of the newfound flexibility being offered by suppliers. Tan says numerous Data#3 customers are opting to purchase based on op-ex models.

“Ongoing annuity and service models are something we’ve heavily invested in from a solution perspective through to people, technology, and processes,” Tan says. “I see the associated customer experience linked to a different sales motion as the shift driving a different customer engagement for us.

“How our customers pay for technology is now driving a longer-term engagement, which brings to light our ability to really enable business outcomes through the use of technology. This is a significant shift in our industry so it’s important that we have the right strategy around customer experience.”

Hence while success in the immediate future may rest with the ability to provide value above the hardware layer, Tan says customer experience in technology purchasing will become a real battleground that will sit hand in hand with the technology.

“This is not an area which is easy to pivot to, but a necessary change, which requires investment in different skills, new thinking, and new ways of interacting with our customers, either via face-to-face or digitally,” Tan says.

“This shift is upon us now and one which I see us making preparations for over the past few years. Whilst we continue to provide a significant amount of infrastructure, how our customers gain a competitive advantage from the infrastructure will determine how successful our customers are, and in turn Data#3.”