As M&A activity recovers, cloud-based data migration will be crucial 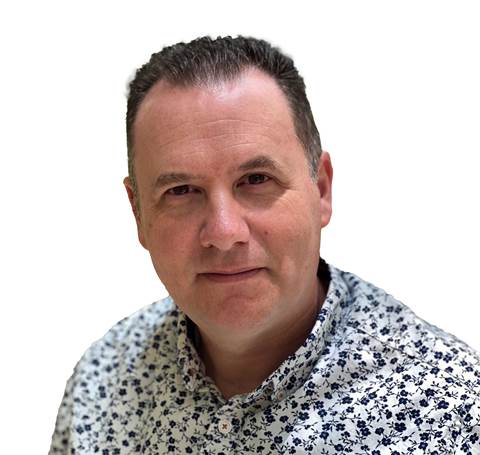 The COVID-19 pandemic may have had a chilling effect on merger and acquisition (M&A) activity, but a mid-year resurgence promises a much more buoyant 2021 as companies regain their appetite for growth – and embrace cloud-based productivity platforms to speed company integration.

Global dealmaking activity had plummeted 14 percent by the end of March, but by July it had reversed fortunes to surge by 16.6 percent, according to analyst firm GlobalData.

Yet Australian acquirers were taking longer to recover their appetite for growth, with deal volumes declining by 14.5 percent in August – the most in the Asia-Pacific region, as compared to buoyant growth in Malaysia (46 percent), Japan (39.9 percent), and South Korea (16.4 percent).

Australian risk aversion may not be a surprise given the tumult of 2020, says Mark Rochester, principal product architect with data-migration specialist BitTitan – yet as 2021 nears, he believes growing acceptance of the ‘new normal,’ and a desire to integrate rivals weakened by an inadequate pandemic response, will revive the market.

“I think it’s a mental thing about getting out of 2020,” he explains. “January 2021 is going to be the corner that we turn, and you’ll have a lot of companies that are ripe for the picking because they have been muddling through, compared to larger companies that may have done quite well.”

Cloud-based migration is only the beginning

M&A activity was already complicated before COVID-19 hit – Gartner, for one, last year noted that the average time to close an M&A deal has risen by over 30 percent over the last decade – but in the new normal, companies must also standardise productivity platforms to support workers across a range of home, office and mobile working environments.

This requirement has accelerated plans to adopt cloud-based collaboration platforms like Microsoft 365 and Teams or Google G Suite, with many companies accelerating three-year migration plans to just a few months during the course of 2020.

As M&A activity recovers, channel partners will be under pressure to find faster, more efficient ways to move their customers’ data from platforms like Microsoft Exchange, into the cloud.

Purpose-built tools have been facilitating large-scale data migrations for years: BitTitan, for one, says its SaaS-based MigrationWiz tool has migrated 43,000 customers and 19 million email mailboxes, in 187 countries to date.

The technology is proven and reliable, Rochester says – but that, he warns, doesn’t mean you can take the migration for granted.

“No M&A project is the same thing,” he says, “and they never will be – so they should never be treated the same. If you do treat them the same, that’s where those projects end up going incredibly wrong.”

Start the migration on the front foot

Despite COVID-era pressures to move quickly, for example, companies must make sure their mailbox migrations don’t exceed their technical support team’s capacity to support their users.

This may force some companies to limit the pace of their migration to suit, while others may take on and train additional support staff to help drive the project to its conclusion as quickly as possible.

Designing a pilot rollout is a crucial early step in the migration, Rochester says, noting that many companies make the mistake of picking users with simple use cases so they can get some runs on the board quickly.

Choosing the “low-hanging fruit” is exactly the wrong approach, he says. “There’s no point migrating the guy in the warehouse that checks his email once a week to see if he got his payslip. That’s not a test.”

“You want the person that has 15 different plugins for marketing, and sending out emails,” he explains, “and you want the most non-IT-savvy, grumpiest user who calls the help desk if an icon on their desktop moves.”

“These are the people you want on your pilot – because you want to find as many problems as possible. And if you can make those people happy, your migration will be easy.”

Many migrations end up being the opposite of easy, often because poor planning in areas like data security and business continuity creates exceptions that result in users who can’t find all of their emails.

Migration project managers must be proactive – using reporting to identify exceptions early, and notifying users of remediation efforts well before users discover any problems themselves.

“Try to pre-empt those kinds of things,” Rochester says, “because you don’t want to instil in users the mentality that they have to double-check your work.”

Without proper management, shortcomings in data continuity may be exposed in uncomfortable and problematic ways – as in 2017, when U.S. telecommunications giant Verizon cut $US250m off of its original $US4.83b offer for Yahoo after that company revealed it had been hit by three serious data breaches affecting over a billion user accounts.

For that reason, Rochester says, it’s important for VARs to not only choose tools that can perform the data migration – but to ensure that security and risk management staff in both companies are engaged with the project from the start.

“Too many people forget about security when doing an M&A project,” Rochester says, “and they treat it as a tick box that they need to run things by to get sign-off to move forward.”

But by trying to force the security team’s hand late in the migration, such companies not only marginalise security staff and compromise overall security strategies – but also run the risk of not having a strategy to manage issues that could arise during the data migration.

“The information security team can either do their due diligence in the background, or they can be brought in because they can be such an awesome tiebreaker,” he says.

“This also gives the company itself the knowledge that the security team has had all that information laid out before them – and when everyone agrees, there’s nothing for infosec to sign off on, because they were part of the process.”

To prepare for upcoming M&A projects, resources are available for merging companies looking to work with an MSP or select the ideal migration tool to ensure a seamless integration of data and IT resources.

Learn more about BitTitan, here. To get in touch, contact a member of the BitTitan team at apacsales@bittitan.com.