At the helm of the IP revolution 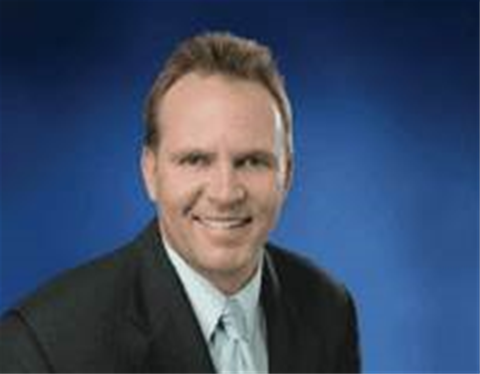 As chairman and co-founder of systems integrator/solutions provider NSC Group, Craig Neil has well and truly found his voice. As somewhat of a pioneer of the Australian IP telephony market, he is also able to offer valuable insights into the state of the market and the opportunities available to those contemplating taking the plunge into this major growth sector.

Born in Sydney in 1965, Neil left school after year 10 with hopes of becoming a plumber. Unfortunately, there were no apprenticeships going at the time, so he decided to take the Telecom (now Telstra) entrance exam, after which he was accepted as a trainee technician in 1982. He then won a scholarship to do an engineering trainee certificate, which led to him becoming a fully certified Telecom engineer, a position he remained in until 1988. "The opportunity to learn on the job and the training was great, but after a while working for such a huge organisation made me feel like I was going nowhere," Neil says.

It was at this point, in his early twenties, that two events conspired to take Neil on a totally different path. The first was the pending deregulation of Telecom, which inspired thoughts of starting his own business, and the second was the opportunity to work for a friend who was running a large and highly successful fireworks business.

He resigned from Telecom in 1988 and for 10 months joined Syd Howard Fireworks International, developing a system that allowed fireworks to be fired off in sync to music. The partnership proved to be extremely fruitful, with the company winning major contracts including World Expo 88 in Brisbane and the Sydney bicentennial fireworks.

Neil continued this partnership until 2002, working full-time on events such as the millennium Sydney fireworks displays and becoming a director of Fireworks International. "There have been some periods over the last 17 years where I have had very little time for anything else, effectively doing two full-time jobs at the same time," he says.

Following his initial successes in the fireworks business, Neil was inspired to found his own communications company. In 1989, he founded North Shore Communications, offering PABX and Key telephone systems to the SMB market of Sydney’s north shore.

In its first year, the company had three staff, with Neil operating from his home in Hornsby. For the first two years, the company concentrated on the residential market, installing its first systems in offices in the north shore suburb of Waitara.

According to Neil, one of the main drivers of the company’s growth were its partnering deals, the first with PABX manufacturer Fujitsu in 1995 and the second with Lucent Technologies/Avaya a few years ago. Whilst the company had been profitable "every year bar one", it was the Fujitsu deal that allowed NSC to achieve a new level of growth.

"It took two years to get them to agree to let us become a partner in selling their PABX systems. Within two years, we had become their biggest partner in the field," Neil says.

It was the Lucent deal, however, that allowed NSC to move into an area that would make them market leaders, namely IP telephony. "We had achieved good results by being a solid, reliable engineering company, but had until that time been somewhat lacking in the sales and marketing areas."

Despite being aware of IP telephony and its possibilities for some time, it was around the turn of the millennium, Neil recalls, that NSC made a decision to become "the leading IP telephony provider in Australia within three years". At that time, NSC was still largely a voice company, with little experience in data. "What we desperately needed, therefore, was to build an engineering company in which everyone understood both voice and data," Neil says.

With that end in mind, NSC purchased JNA, an engineering company with about 14 staff, which brought with it a wealth of data experience. What followed was an exhaustive period of R&D and training, at some considerable cost, in order to get up to speed with the technology.

As far as Neil is concerned, IP telephony presented a compelling business case right from the outset, given that it made perfect business sense and, "was always going to come. We looked at all the major networking vendors at the time — Cisco, Nortel, Alcatel and Avaya — with the aim of working out the best IP telephony road map for the business." This, Neil adds, also involved case studies and looking at major rollouts overseas. In the end, he says, it was an easy decision to go with Lucent/Avaya, given their unique understanding of voice and their philosophy.

"Whilst Cisco might have been slightly more advanced at the time with go-to-market technology, they tended to view voice as just another application, and we didn’t see it that way. Avaya has a very rich history with voice all the way back to Alexander Graham Bell and Bell labs, and their solution has proven to be a lot stronger than any other vendor’s. Cisco was basically starting from scratch in the field of voice networking, whereas Avaya already had most of its R&D already in place," Neil added.

Despite this new-found enthusiasm for IP telephony technology, 2000 and 2001 proved to be difficult years for NSC, Neil recounts, citing the dotcom bubble bust and the huge drop-off in major infrastructure builds that ensued, as the major reasons.

Like most companies in the IT&T space, NSC was forced to downsize in order to remain viable. "We did however, manage to keep our vision, and as a result we were able to win a couple of major deals in the Australian market in 2002, which at the time represented the largest IP telephony builds in the world for Avaya," Neil recalls.

The first of these was for the ANU campus in Canberra and the second was for the Commonwealth Department of Veterans’ Affairs. "Now three years on, both these projects have proven to be very successful," Neil says.

The ANU inter-campus network (ICN) upgrade tender was particularly satisfying, Neil says, as it gave the university a communications infrastructure of international standards that allowed it to converge its data, voice and video services onto a common IP fabric, replacing its ageing PABX voice system.
On completion, the ICN IP telephony system had 10,000 end points, scaleable to 15,000, making it one of the largest in the Southern Hemisphere. Fifteen hundred handsets were also initially deployed, replacing the obsolete handsets of the old PABX. That number has since grown to 4000. It also provided NSC with a major learning curve challenge, given that the ANU had 3200 staff and 12,000 users across 130 ANU buildings and three remote campuses all requiring varying levels of access to the ICN. Until that point, Neil says, NSC had previously delivered implementations mainly to the SMB market with a maximum of around 2000 users.

This article appeared in the Issue 187, 12 December 2005 issue of CRN magazine. Subscribe now