Aussie resellers are struggling with inventory 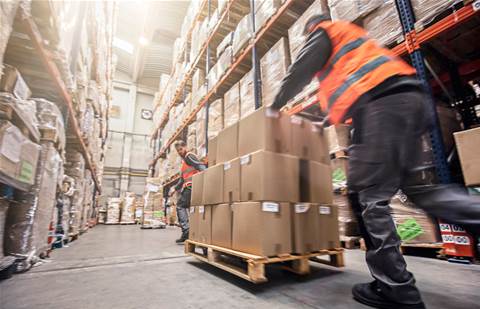 Australian resellers are struggling to get their hands on the right gear as vendors fail to keep enough onshore stock of in-demand models, while holding some models back from the channel and only selling them direct to customers online.

Resellers' reliance on built-to-order models rather than off-the-shelf SKUs has increased significantly, slowing down delivery times to customers, says Tony Cascio – founder and direct of Metropolitan Computers and Supplies.

More than 60 per cent of Metropolitan's computer sales are now built-to-order, whereas 18 months ago this figure was less than 20 per cent, Cascio says.

While vendors aren't asking the channel what should be carried in stock, they're also holding back certain retail SKUs to sell direct online – forcing the channel to opt for more expensive corporate SKUs when chasing specific features.

"I'll give you a perfect example, it actually happened to me this morning," Cascio says. "I had a customer urgently chasing one vendor's notebook with certain specs including a 512GB solid state drive – our available off-the-shelf SKUs is $2200 plus GST."

"Meanwhile the customer jumps on the vendor's website and sees pretty much the same specs for $200 less, because the vendor is selling a retail model with a 512GB SSD that I can't order – to get that 512GB drive I need to choose a model with a fancier screen and graphics card, which drives up the price."

The vendor's website quotes two to three-day delivery, meaning that model is already in-country – taking up warehouse space which could be used to better support the channel.

Unlike most resellers, Metropolitan holds more than one million dollars of stock in its warehouse to limit the impact of inventory issues on customers. The flow of product through the channel can also be clogged by vendors dumping stock onto distributors, Cascio says, again tying up precious warehouse space and limiting the ability of the channel to carry in-demand products.

Many product managers need to turn over stock every three months, which forces them to dump stock on to distributors, he says.

"I'd say about 60 per cent of the time resellers can't get the stock they really need, it's due to this problem of dumped stock choking the channel."

Another flow-on effect of dumping stock is that resellers' customers can see cheaper product elsewhere as the channel tries to clear that stock, putting sales at risk even though the reseller has done the work to nurture that customer.

While Metropolitan's own warehousing efforts help shield it against some inventory issues, most Australian resellers hold very little stock and are heavily reliant on channel partners to ensure stock is at hand.

The sluggish flow of product through the channel certainly creates challenges for Australian resellers when it comes to price, says Bluechip Infotech managing director Johnson Hsiung.

"With IT technologies continually evolving and competition from too many vendors, most IT hardware inventory can become obsolete or overpriced within months," Hsiung says.

"It's always a challenge for distributors to keep the right inventory at the right price, or else the alternative for getting stock sooner is expensive air freight."

The tyranny of distance also works against Australia when it comes to ensuring a steady flow of stock.

"Australia is kind of isolated in the world," Hsiung says. "In south-east Asian countries you can get inventory support from a neighbouring country by road, but that's obviously not the case in Australia where the closest neighbouring market is New Zealand – which is smaller and far away."

One of the biggest issues in Australia is the delay when waiting for new product lines to arrive in-country, says AC3 director Harry Kassianou.

"Sometimes a new or updated technology really suits a particular project or customer, so you quote it only to find out that this gear is not due in-country for three months," Kassianou says.

"It forces us to look for interim solutions but it also impacts customer relationships, because we've put a great solution on the table but then we can't deliver."

For its own requirements as a public and private cloud provider, AC3 puts together rolling long-term forecasts with its distributors to ensure a steady supply of storage and compute. New consumption-based models also allows AC3 to drop hardware into its data centre but not pay for it until it's called into action.

"Managing inventory is not just about putting all the pressure back on distribution," Kassianou says.

"It's also about us managing our forward requirements for our customers and working with our distribution partners in a more cohesive and strategic manner, rather than just expecting to have products and solutions at our beck and call.